The Fascinating History of Football in India

Today, football is one of the most popular sports in India. This is nothing new – the game has been beloved here for well over a century. Originally brought over by British soldiers stationed in the country, it quickly gained a following, with clubs and tournaments springing up from Kolkata to Bengal.

Let’s look at the fascinating history of football in India, from its earliest beginnings to the establishment of its women’s league and beyond.

An import from overseas

The history of football in India begins long before the country gained independence. Once considered the jewel in the crown of the British empire, the game was brought over by soldiers stationed on the sub-continent.

The earliest matches were played between various army teams. The game quickly gained popularity, so that soon several football clubs had been set up. These included the Calcutta Club of Civilians and the Gentlemen of Barrackpore, who played the earliest recorded match in the country in 1854. Soon after, several official clubs were formed, beginning with Calcutta FC in 1872. Many of these preceded the game’s most august organisations, including FIFA.

Today, British football teams still enjoy a significant following in the country, as they did during Indian football’s earliest history. Certain English players have even made the move to the ISL, such as Michael Chopra, who played for Nottingham and Watford. As an aside, the latter recently enjoyed a magnificent win against Huddersfield Town, with championship odds on offer that the bookmakers look favourably on Watford finishing in the top-six, and even a promotion into the Premier League at 10/1.

Kolkata: the home of football in India

The first tournament in India was held in Kolkata (formerly Calcutta). From early on, this was seen as the home of football in the country, with many clubs originating in the state. These include, for example, the National Club of India, formerly the Mohun Bagan Athletic Club, which was created in 1889.

Less than 10 years after its formation, the oldest football tournament in India was launched in 1898. The third oldest tournament in the world, it was named the Durand Cup after the Foreign Secretary of India at the time – one Sir Mortimer Durand.

An early victory for Indian footballers

Until 1911, football in India was dominated by British teams based in the country. While there were local teams and leagues, these had never won at the top tier. That all changed when Mohun Bagan took home the IFA-Shield Trophy.

Dominating on the pitch, this event marked a turning point for locals and their participation in the sport, with the number of football clubs increasing significantly thereafter. This culminated in the creation of the All India Football Federation in 1936, which affiliated with FIFA 11 years later.

From then on, Indian football went from strength to strength. Performing particularly well on the world stage in the 1950s and early 60s, local teams frequently competed overseas, taking home some notable victories.

These included gold medals at the 1951 and 1962 Asian Games, held in New Delhi and Jakarta. Besides, India set a record in 1956, becoming the first Asian country to qualify for the football semi-finals at the 1956 Melbourne Olympics.

A place for women

While India has continued to put in a respectable performance at the highest levels in recent years, it’s never quite recaptured the glory days of the 50s. Despite this, it has logged some incredible results in the last two decades, including phenomenal wins at both the Nehru Cup in 2007 and the AFC Challenge Cup in 2008.

Though its men’s team continues to draw a larger following, the country also saw the creation of a Women’s Football Federation in the 1990s. This has opened the door to girls and women with an interest in the sport, making it truly a game for all.

With a host of promising new players rising through the ranks and a slew of talented men and women heading its teams, it seems it’s only a matter of time before Indian football enters a golden age once more. 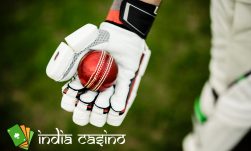 Sports
The benefits of sports