From upmarket British and U.S. neighbourhoods to slums in India, people are trapped in slavery in every country with greater efforts needed to free them and rebuild their lives, campaigners said ahead of a conference on Wednesday.

But with the U.N.’s latest global goals calling for the end of forced labour, modern slavery and human trafficking by 2030, campaigners said it was time everyone stepped up to end this escalating crime worth an estimated $150 billion a year.

Jessica Graham, victim services director at U.S.-based non-profit Survivor’s Ink – that helps women branded by sex traffickers get decorative tattoos to cover their marks – said people were too often choosing not to see what was before them.

“There is this common misconception that this is only happening in poor countries and poor neighbourhoods,” said Graham ahead of the Thomson Reuters Foundation’s annual two-day Trust Conference where one day focuses on slavery.

“But many of these girls come from wealthy backgrounds … This is happening everywhere but people keep it quiet and choose not to see it.”

Up to 60,000 people are believed to be living as slaves in the United States, according to the 2016 Global Slavery Index.

Graham said she knew nothing of trafficking until four years ago when she discovered her estranged husband trafficked women for sex – and then found out her great-grandmother sold her grandmother for sex which was why her father was adopted.

Her husband, whom she left 12 years ago taking their two small children after he turned abusive, sold his next girlfriend – with whom he also had a child – for sex.

Six months ago that girlfriend, Jennifer Kempton, who founded Survivor’s Ink after six years in sex slavery in Ohio, died of an accidental drug overdose.

“Sadly I’ve seen too many survivors unable to have a normal life because they have a past that haunts them every day. They need help,” said Graham, calling for more assistance for victims to find jobs, housing and rebuild their lives.

The British government estimates there are 13,000 victims of slavery in the country but police say the number is much higher.

“(The) general public has really increased its awareness of modern slavery and trafficking,” said Kevin Bales, professor of contemporary slavery at Britain’s University of Nottingham.

India is home to the greatest number of slaves in the world with estimates varying from 14 million to 18 million.

Ajeet Singh founded the Indian non-profit Guria in 1993, to fight child prostitution and sex trafficking, and has rescued more than 2,500 people so far and run awareness campaigns.

Singh said Indian authorities wanted to crack down on slavery but was hampered by corruption and weak implementation of laws.

“The attitude when I started was so different and no one wanted to know but now, from the United States to Britain to India, everyone is talking about human trafficking and sex trafficking,” Singh told the Thomson Reuters Foundation.

“This is a major step because when you start talking about a subject that is the start of a solution.” 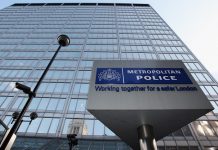