With the deftness in acting, singing and dancing, Bollywood actress Shraddha Kapoor has added many feathers in her cap. In an interview with a leading Indian daily, she revealed that she is not a good student but, however, if reports are to be believed she has managed to secure 95% in her twelfth grade.

On asking why she mentions herself as not a good student, Shraddha said, “There’s a story behind this because a lot of people are like you were an amazing student always. No! I wasn’t an amazing student always. I was studying in an international school; they have a different kind of a curriculum. So, when I was in the eleventh grade, my predicted score was very poor. They were just passing marks. I felt really bad and thought that I need to prove a point to myself that I can actually get the grades to get into a really good college in the UK or in the US. So, I worked really hard in my twelfth. And I worked so hard that the marks I got were equivalent to an A Grade of sorts, where I could get into Warwick University also, but I eventually ended up going to Boston University. I even received a couple of scholarships from various Universities. So, that is the story. Overall, I was not a good student. It’s only in the twelfth grade that I worked hard.”

On the work front Shraddha Kapoor will be seen in Haseena Parkar which is scheduled to release this Friday. Her brother Siddhant Kapoor and actor Ankur Bhatia will also feature in the biopic. 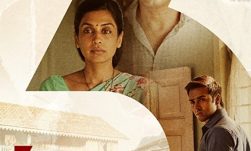 Entertainment
3 Storeys trailer to be unveiled on 7th February 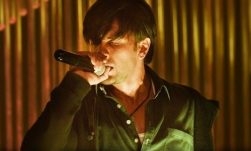