Cherry blossom lovers have a reason to cheer as Shillong is organising cherry festival next month.

The festival is being organised by the Meghalaya government in collaboration with the Institute of Bioresources and Sustainable Development (IBSD), a national institute under the Department of Biotechnology, and the Indian Council for Cultural Relations (ICCR).

At a press conference, Meghalaya Chief Minister Mukul M Sangma and the Director of Institute of Bioresources and Sustainable Development (IBSD), Dinabandhu Sahoo, invited the people of India and the international community to visit the north-eastern city during the festival.

While announcing the festival Chief Minister Mukul Sangma said, “Meghalaya is known for many things that are exclusive to the state. Now, we want to connect Meghalaya with the rest of the world with the cherry blossom festival”.

Unlike the cherry fruit, the cherry blossom tree, when it flowers – just for a short period in a year – the pink and white glory it exudes is a sight to behold.

It was the Imphal-based IBSD’s Director Dinabandhu Sahoo who first noticed a cherry blossom through his hotel window while on a visit to Shillong in 2014.

“Unlike cherry blossom festivals in other countries which are borrowed from Japan, our festival is unique and we are organising the festival with our own ideas,” Sahoo said.

He said that after holding India’s first ever cherry blossom festival in Shillong last year “we have decided to go bigger this year”.

The Shillong cherry blossom festival is also unique in the sense that, while in other countries the cherry trees flower in March-June, here these blossom in November.

“Though the festival is being held from November 8 to 11, the flowering will last for two weeks,” Sahoo said. Around 5,000 cherry blossom trees have been planted on both sides of the road leading up to Shillong from Umiam side, at the famous Ward’s Lake, New Shillong and Mawphlang.

“Our target is to plant 20,000 so that by the time Meghalaya celebrates the 50th anniversary of its creation in 2022, Shillong will become a pink city unlike the traditional pink city that we know as Jaipur,” Sahoo said.

According to a statement issued by the organisers, in this year’s festival, there will be several community events which include guided night walks under illuminated cherry blossoms, live musical events, a beauty pageant and stalls showcasing the cuisine, wine, arts and craft of the region.

“Alongside, there will be a rock concert, traditional folk music, unplugged western music and dance performances from all over North East India, choir performances, photography competitions, bicycle rallies, storytelling sessions of local and world folktales and an exhibition football match,” the statement said.

Sangma said that his government was providing local people with cherry blossom saplings.

“We are encouraging people to set up community nurseries,” he said. “We now have complete involvement of stakeholders.” 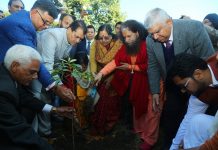 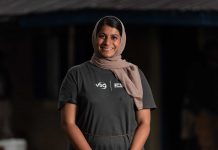 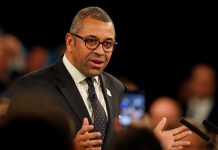