The dramatic lighting and music that accompany the grizzly executions are particularly effective. 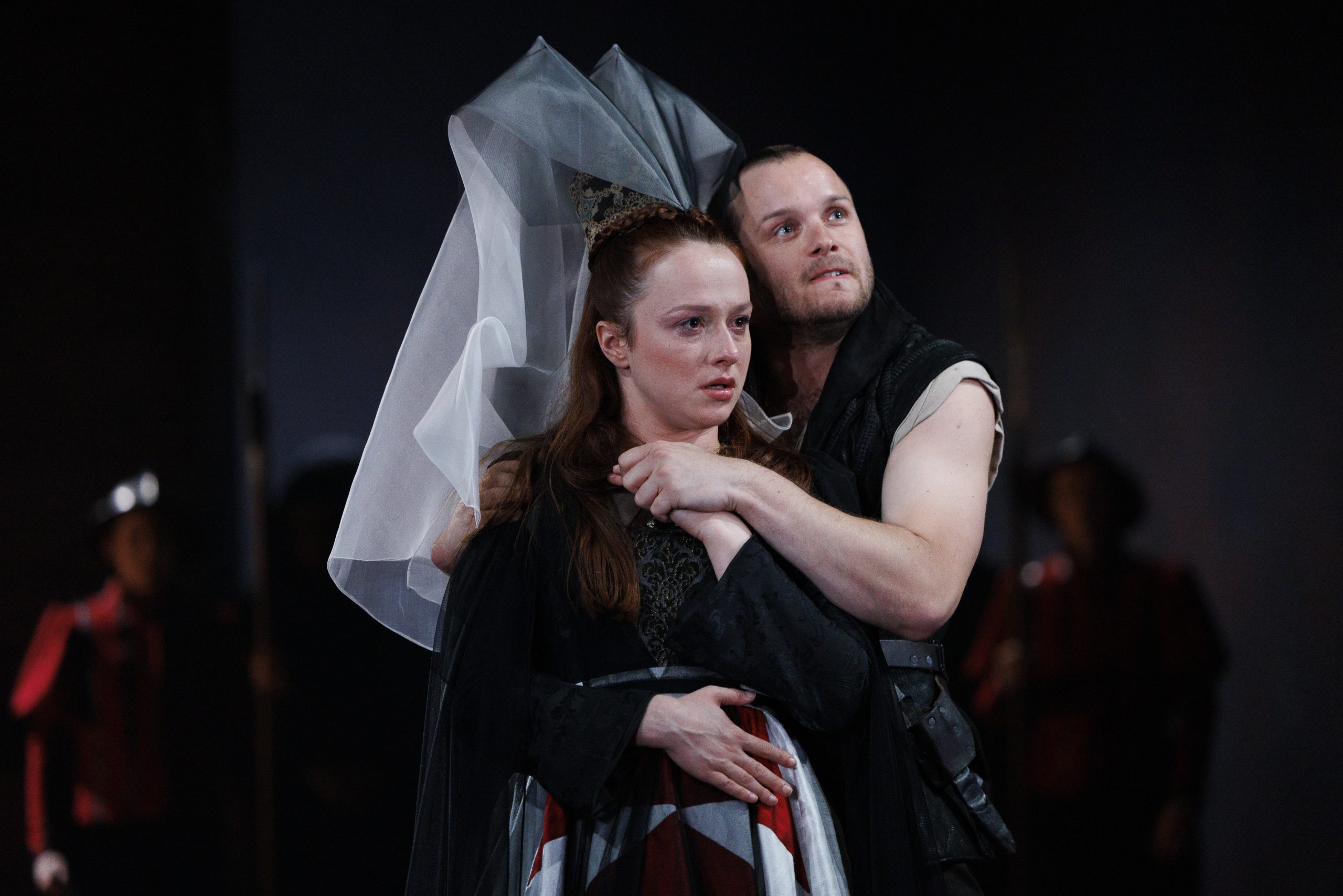 Some key features of many popular Bollywood films are family feuds, deception and lies, and ruthless ambition, occasionally sprinkled with dark humour. Coupled with abject violence, burning desire, and moral bankruptcy, it creates a (seemingly) malign universe that’s robbed of hope and justice. The result is often an intriguing concoction that excites and appals in equal measures because, as human beings, we are drawn to the dark side.

The RSC’s current production of Richard III, under Gregory Doran, is no exception.

Richard III a recreation of a medieval world of machinations in which a cold-blooded villain slaughters his family and marries his victim’s widow to become king. Doran remains faithful to the original play that charts the Black Prince’s lust for power and the extent to which he’s willing to go to maintain it.

If the press night is anything to go by, there’s a lot to like about this timeless tale of unchecked, over-weening ambition.

First, the staging is minimalistic and highly dramatic – largely due to the creative efforts of the designer, Stephen Brimson Lewis, lighting of Matt Daws, and composer, Paul English.

The eerie atmosphere of overwhelming horror, ghostly visitations and sinister darkness are beautifully heightened to create suspense, danger and insecurity. The dramatic lighting and music that accompany the grizzly executions are particularly effective.

Second, with a number of black actors and a lead who has a physical disability, it ranks high in terms of RSC’s commitment to inclusivity and diversity. Naturally, I applaud that.

However, irrespective of whether Arthur Hughes (the lead) is disabled or not, or whether he is the first person with disability to play one of the most iconic disabled characters in English drama, Doran’s production oozes energy, excitement and electrifying pace and delivery. There is no reason why Hughes’ disability be a mitigating or aggravating factor. He gives a decent performance and what he lacks in vocal gravitas, he makes up by action, exuberance and energy.

Other actors, however, radiate brilliance – namely Minnie Gale as Queen Margaret who has such stage presence that it’s difficult to look away.

Jamie Wilkes’ devious, Buckingham is a powerful, controlled construct, while Claire Benedict pours out her bile on Richard as only a grieving mother could. Micah Balfour is a powerful Hasting and gives a magnetic performance; Kirsty Bushell is moving and dramatic especially in the scene following the murder of her boys, and Rosie Sheehy continues to provide intelligent portrayals at the RSC.

That said, Hughes’ delivery of some of the key speeches/monologues were underwhelming. Although one doesn’t expect the dramatic verbosity of Lawrence Olivier or steely tones Ian McKellen, you do expect something different, something memorable.

Sadly, there were no such offerings which were at odds with the standing ovation the cast received.

Richard III at the RSC, Stratford-Upon-Avon runs till October 8, 2022.

(Roshan Doug is a British writer, academic, and  a Fellow of the Royal Society of Arts  #RoshanDoug)