A LEADING Asian businessman has said that a prolonged transitional period following Brexit would be ‘damaging in the long-run’ but he was optimistic businesses will thrive once Britain has left the EU.

Sunmark founder and chairman Dr Rami Ranger CBE said after Brexit it would be easier for the UK to forge links with other countries without the lengthy bureaucratic process of dealing with the 28-member states of the European Union.

Dr Ranger told Eastern Eye: “We have to go back to our ally members of the Commonwealth. We are a number five economy and nobody will shut their door to an economy which has such huge buying power.

“We’ve been an EU member state for 40 years and things have changed so dramatically since then – people are opening their doors for business anyway and that protection (from the EU) is now not needed, so if we’ve decided to move, we should do so without dillydallying”.

He was speaking at the Asian Family Business Conference last Friday (6) hosted by the Claude Littner Business School at the University of West London.

He has the distinction of being awarded the Queen’s Award for Enterprise five times and runs one of the top 100 most profitable British companies. Dr Ranger said success in the Asian family business model is down to a consensus in Asian values.

“The most important unit in society is the family unit and the Asian community is very strong in that sense. We’re programmed to make sacrifices, look after our elderly and we’re all willing to chip in. As long as the family unit remains, Asian businesses will continue to do very well,” he said.

Paying tribute to his staff, Dr Ranger said he promoted people who have ‘demonstrated their loyalty and help him grow the business rather than just bringing someone from outside’.

“It’s important… because they know your business inside out, the time spent within a business is invaluable,” he explained.

“We’ve been operating in 130 countries and have won unprecedented five Queen’s awards only because of my loyal staff. No one can achieve much alone. Business is a game of people and if you have good people you are a winner.

“Money does not earn money, people earn money. You need the right people with the right vision, and above all common sense.”

Dr Suresh Gamlath, dean of the university’s Claude Littner Business School, said Asian family businesses have a greater chance of surviving periods of economic downturn due to their investment in British society.

“Family members are far more committed to the enterprise as opposed to someone who would be considering it as their career portfolio,” he said.

“If you have a large multinational corporation with branches all over the world, these companies have choices; if there’s trouble in one economy they will focus on another market sector.

“Family businesses are usually small enterprises – Britain is the only market they have, and either they make Britain work or their business becomes redundant”.

Asian family businesses contribute over Â£200 billion a year to the UK economy and employ close to 300,000 in the capital alone, generating over a quarter of UK GDP. 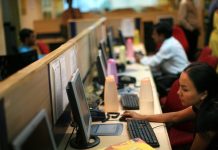