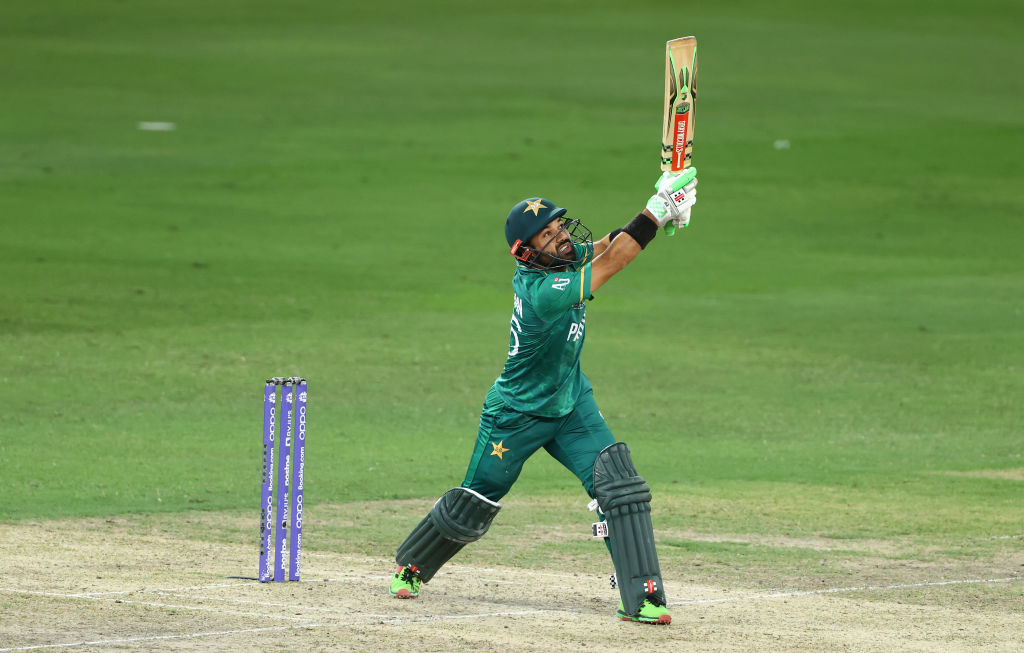 PAKISTAN hailed wicketkeeper-batsman Mohammad Rizwan as a “warrior” after revealing he was in hospital with a severe chest infection before taking the field to score a half-century against Australia in the T20 World Cup.

Rizwan top-scored for Pakistan with 67 from 52 balls in Thursday’s (11) semi-final in Dubai to help the south Asian country post 176, but Australia reeled in the runs to reach Sunday’s (14) final against New Zealand.

“He made an incredible recovery and was deemed fit before the match,” doctor Najeebullah Soomro said.

“We can see his great determination and tenacity that shows his spirit of performing for the country. And we can see how he performed.”

Captain Babar Azam, who opened the batting with Rizwan, said the 29-year-old was a “little bit down” before the match.

“But when I asked him about his health he said, ‘no, I will play’,” said Babar.

During his innings, Rizwan became the first player to score 1,000 runs in T20 internationals in a calendar year.

“He has been brilliant through (the tournament) and he’s got great courage, as has Babar.”