In 2014, Rani Mukerji starred in a movie titled Mardaani. The movie was about child-trafficking and showcased a lot of things that shocked us. Now, after five years, Rani will be back on the big screen as Shivani Shivaji Roy with the sequel to the film, Mardaani 2.

The makers have released the trailer of the film and it is quite disturbing. No, it’s not a bad trailer, but incidents shown in the trailer will give you goosebumps and will make you feel uncomfortable in many ways. Yash Raj Films tweeted the trailer and wrote, “She’s back. She’s unstoppable. She is Shivani Shivaji Roy. The chase begins again. #Mardaani2Trailer OUT NOW. #RaniMukerji #GopiPuthran @Mardaani2 #SheWontStop.”

Well, the movie is inspired by the true events and the trailer is gruesome. The makers have released it on Children’s Day as it actually focuses on the rapes that are committed by boys who are under 18.

Rani, as usual, is at her best and we are sure once again she will give an award-winning performance. We don’t get to see the villain much in the trailer apart from the last scene in which his face is not properly visible. By the way, reportedly, TV actor Vishal Jethwa plays the villain in the film.

Mardaani 2 is written and directed by Gopi Puthran who was the associate director of Mardaani. Produced by Aditya Chopra, Mardaani 2 is slated to release on 13th December 2019. 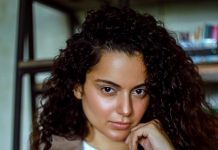