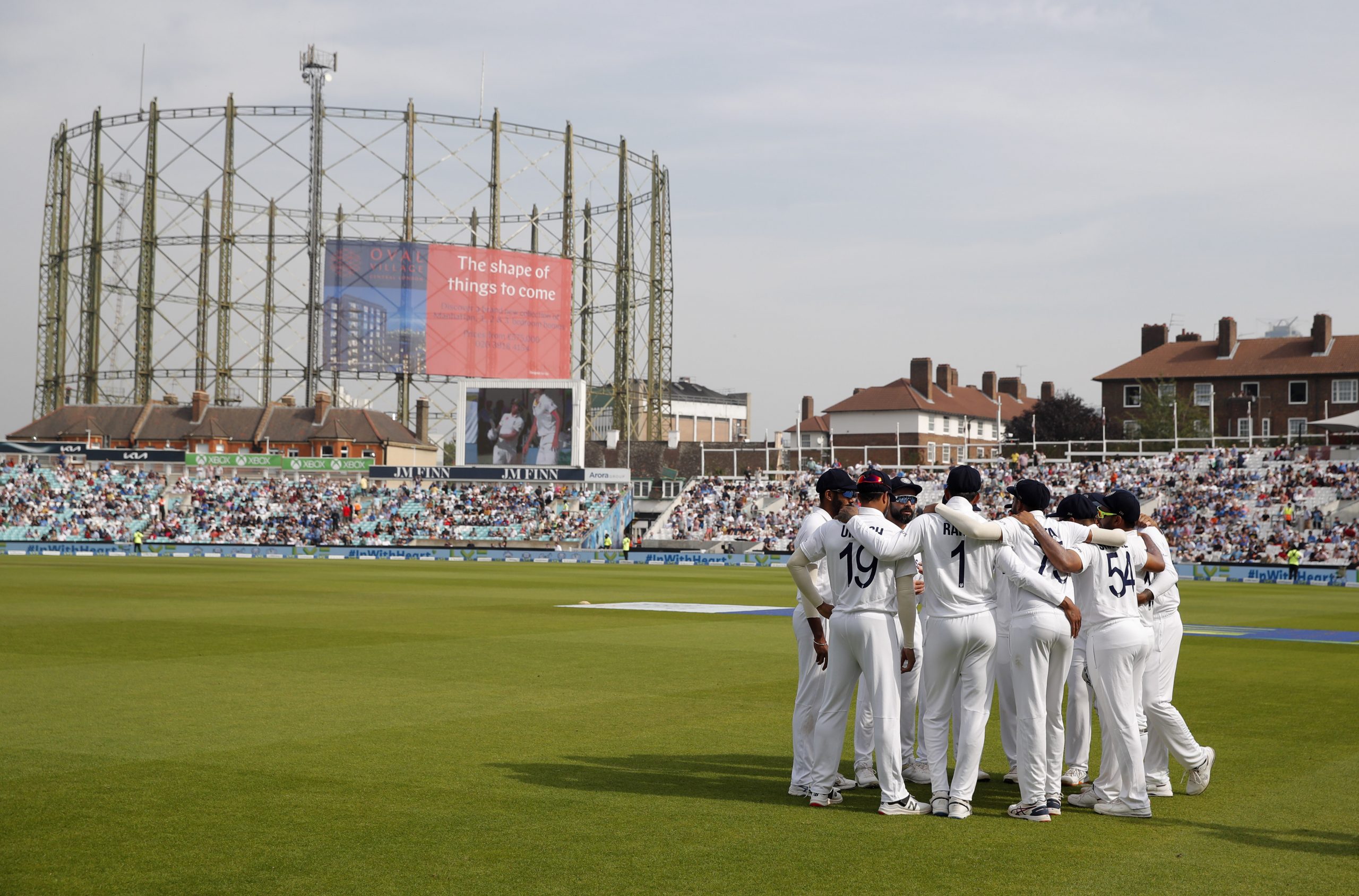 Indian team in a huddle during the fourth Test at The Oval. (Reuters/Andrew Couldridge)

India have also cancelled a training session on the eve of the Test against England, with the Indian players been ordered to stay in their hotel rooms following the latest positive case, according to Thursday’s media reports.

“It was an optional session,” said an India team spokesman on Thursday (9). “Won’t take place now.”

His comments followed media reports of a fresh Covid case within India’s backroom staff, with the latest case emerging after a fresh round of testing on Wednesday evening (8). The team had trained as scheduled on Wednesday (8) morning.

India head coach Ravi Shastri, bowling coach Bharat Arun and fielding coach Ramakrishnan Sridhar had already been ruled out of being present during the fifth Test at Old Trafford after testing positive for Covid-19 during India’s 157-run in the fourth Test at the Oval, completed on Monday that left them 2-1 up with one to play.

The Indian Express newspaper said that after talking to the players, the Board of Control for Cricket in India does not want the fifth Test to go ahead.

The Indian Premier League Twenty20 tournament resumes in United Arab Emirates on September 19 and the board did not want the cash-rich event to be “impacted”, the report said.