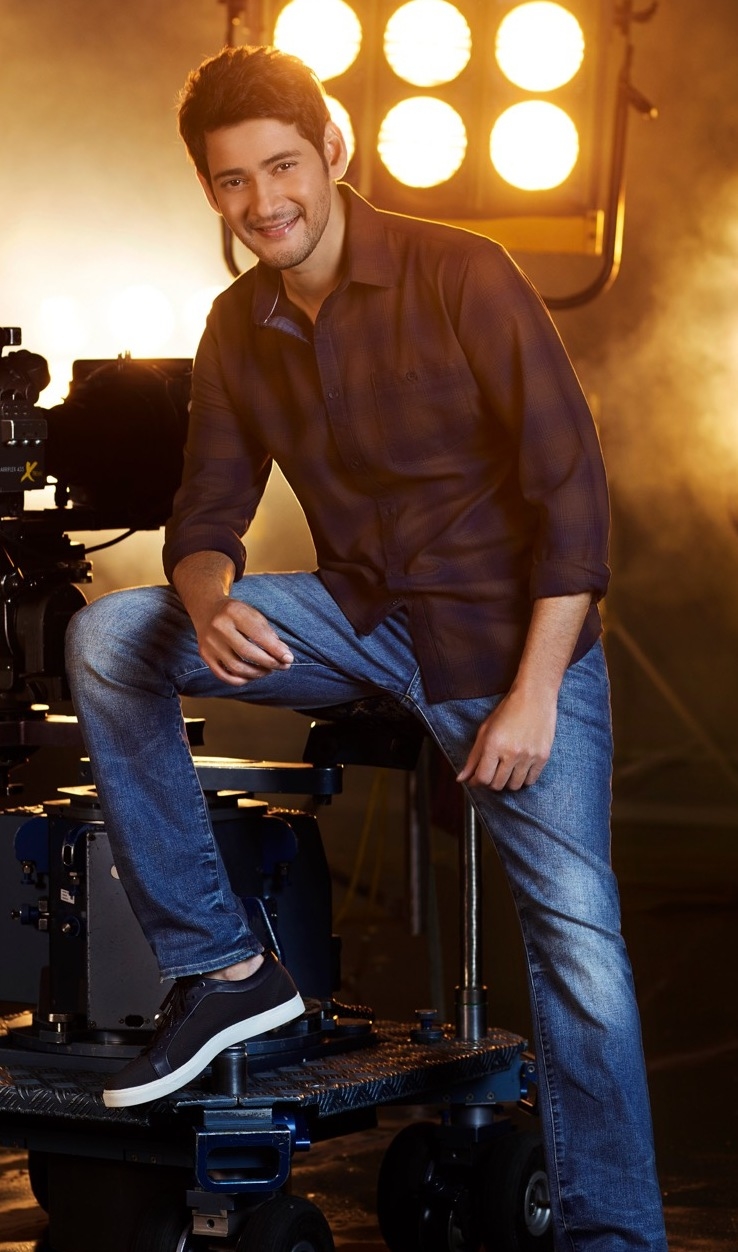 HIS name may not be immediately familiar to Bollywood fans, but Mahesh Babu is one of the biggest and most successful movie stars in India.

The actor turns a year older this week and will be celebrating his 45th birthday on August 9. To mark the special occasion and to get you closer to Mahesh Babu, Eastern Eye went through his actionpacked life to present 21 fun facts about his career, movies and achievements.

1. Mahesh Babu was born in Chennai and is the son of popular actor and filmmaker Krishna, who has starred in more than 350 films. His elder brother Ramesh Babu is an actor turned film producer.

2. He is one among five kids. Growing up, the young Mahesh Babu hid it from his school friends that his father was a famous actor and this gave him normality.

3. A four-year-old Mahesh Babu made his movie debut in 1979 with a cameo in Telugu film Needa. Then in 1983 he commenced a career as a child actor with the film Poratam that would last until 1990. The films Sankharavam, Koduku Diddina Kapuram and Anna Thammudu saw him star alongside his father.

4. Popular actor Karthi was a schoolmate of Mahesh Babu and another of his childhood friends is the South Indian superstar Vijay.

5. Mahesh Babu made his debut as a leading man in 1999 Telugu romantic comedy Raja Kumarudu opposite Preity Zinta, who would go on to establish herself in Bollywood. The film was dubbed in Hindi as Prince No 1 and in Tamil as Kaadhal Vennila.

6. Mahesh Babu has often quoted his role in 2001 film Murari as a favourite. The first blockbuster of his career marked Bollywood actress Sonali Bendre’s debut in Telugu cinema.

7. His 2003 super hit Okkadu was remade in multiple languages with other actors, including a 2015 Bollywood version with Arjun Kapoor in the same role. The film earned him his first Filmfare Best Actor award.

8. Mahesh Babu’s 2006 film Pokiri became the highest grossing Telugu film of all time when it released and won him further acting awards. It was remade in multiple languages, including a blockbuster Bollywood 2009 version titled Wanted starring Salman Khan.

9. His record-breaking 2011 release Dookudu was inspired in part by the 2003 German film Good Bye, Lenin and was described by The Los Angeles Times as “the biggest hit you’ve never heard of”. The multiple award-winning film earned Mahesh Babu more Best Actor accolades.

10. His 2012 film Businessman also broke box office records and by the time it came out, he was the second highest-paid actor in South India after Rajinikanth.

12. The actor’s 2015 film Srimanthudu became the second highest grossing Telugu film of 2015 and it took record-breaking epic Baahubali: The Beginning to beat it at the box office that year. His debut home production was the story of a wealthy young man who adopts a village, which inspired real life philanthropists to do the same.

13. His 2017 Spyder was filmed simultaneously in Tamil and Telugu. It marked Mahesh Babu’s Tamil language debut.

14. The actor’s 2019 film Maharshi saw him play a character sympathetic to the plight of downtrodden farmers. The film struck a chord with audiences and inspired them to find out more about the issue and get involved with helping those working in agriculture.

15. Mahesh Babu is one of the wealthiest stars in India, making money by acting, producing films and endorsing major brands. The actor is regularly ranked in lists of the richest stars, but actually donates a large portion of his income to charitable causes.

16. The actor is happily married to actress Namrata Shirodkar and started dating her when they worked on the 2000 film Vamsi. They married after a four-year relationship and have two children.

18. The superstar has won a lot of prestigious acting awards throughout his career, which includes seven Nandi awards and five Filmfare Awards South.

19. Although many of his films have been remade in multiple languages, Mahesh Babu only believes in acting in original films and doesn’t like being a part of remakes. He has no intention of acting in remakes of his famous father’s films.

20. There are strong reports that record-breaking director SS Rajamouli will be teaming up with Mahesh Babu after he completes his next epic RRR and has been working on the screenplay during lockdown for what will no doubt become a dream collaboration.

21. Mahesh Babu says he wants to be remembered as a great actor, amazing father and a great husband to his wife Namrata Shirodkar.