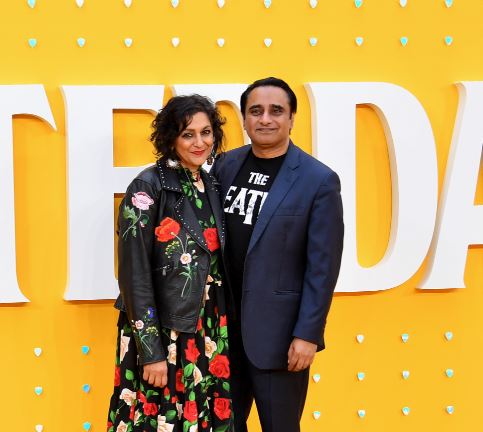 THERE was perhaps no cheerier and more heart-warming moment on the big screen this summer than when we witnessed the reveal of Sanjeev Bhaskhar and Meera Syal as Jack Malik’s (Himesh Patel) parents in the Richard Curtis scripted film, Yesterday. With Danny Boyle of Slumdog Millionaire fame directing and Patel the lead in a literally all-singing-all dancing big studio production, it was a reveal-to-cherish. And it seemed fitting that two figures from the pivotal BBC comedy sketch show series Goodness Gracious Me (GGM) were up there and together in roles which seemed to encapsulate their standing – as the first British Asian couple of entertainment.

Syal remains one of the most iconic figures to have emerged on the UK arts scene in recent decades. An actor and writer, with award-winning novels to her name, her range and versatility make her a continually popular choice.

This year, her main theatre stint has been in the Michael Frayn farce classic, Noises Off, and it’s a measure of both her talent and status that she can fit into the role of Dotty Otley so sublimely. It is also a sign of changing times – that at long last casting directors and the like are looking beyond colour and simply selecting the best for the job. (Dev Patel in The Personal History of David Copperfield is another recent example)

Noises Off, which triumphantly returned to the Lyric theatre in Hammersmith, where it first played almost 40 years ago, (it has toured the world a few times since) has been hailed as one of the funniest plays of all time.

The first part is actually a play within a play. In the second half, we see the characters as they are in ‘real life’ – vain, egotistical, randy, and emotionally unstable.

Set in a big