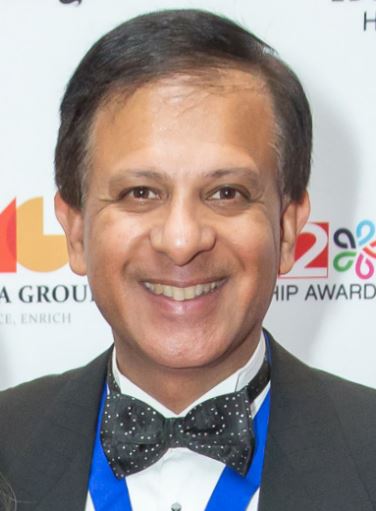 AS A family doctor who has worked in the same north London practice for 30 years, Dr Chaand Nagpaul is the kind of local physician most communities can only dream of. His scrupulous attention to the micro needs of his patients also informs and enhances his very

public role as chair of the BMA Medical Council – a position that makes him the leading spokesperson for the UK’s thousands of GPs.

In this capacity, his role is to articulate the concerns of his profession to the government and be a major voice in the national debate around healthcare.

Given the unprecedented crisis the NHS is now facing in maintaining doctor numbers and the public outcry over the shortfall, Nagpaul is not slow to pin the blame for the shortage firmly where he believes it belongs.

Pointing out that the NHS currently has 10,000 unfilled medical vacancies, he tells Power List the problem will only get worse if the Government does not end the “punitive” and “disastrous” way doctors’ pensions are taxed.

“If they cover a session for another GP or a shift to reduce a waiting list – this extra work could tip them over the edge and even an extra £1 earned could result in an additional tax bill of over £13,000.”

He adds: “The Government wants us to pay up to tens of thousands to go to work, with some doctors re-mortgaging their homes. That’s the effect of the perverse and punitive pensions rules being imposed on many of our most experienced colleagues, forced to retire, to reduce their workload, to stop covering shifts by a decision made in Whitehall. The Treasury is taxing doctors out of the NHS and seriously undermining patient care. It must act now to avert a workforce meltdown.”

Elected by his peers in