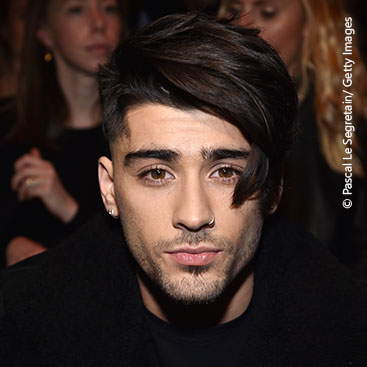 BRADFORD lad Zayn Malik’s life took a 180-degree turn when he became one-fifth of the biggest boy band in the world, One Direc­tion, in 2010.

Zayn’s interest in poetry and writing made him a natural songwriter, and even if his goal wasn’t stardom, he exhibited traits of a gifted performer from a young age. His first perfor­mance was with Jay Sean as a young school­boy and that proved to be turning point in Zayn’s life – it gave him the confidence to au­dition for The X Factor.

The seventh season of the singing reality show gave birth to the global pop phenome­non sensation called One Direction. Zayn gar­nered millions of fans who fell in love with not just his voice, but his unconventional good looks as well.

However, six years later, he decided to pur­sue a solo music career. Talking about his split from One Direction, Zayn said in 2015 he found that there was no room for him “to ex­periment creatively”.

It was only after the split that Zayn opened up about the issues he was struggling with during the peak of his career. While he constantly dealt with anxiety resulting from life in the limelight, he also battled an eating disorder. In a 2017 interview, Zayn said eating was the only thing he felt he could control.

“Every area of my life was so regimented and controlled, it was the one area where I could say, ‘No, I’m not eating that’,” he said.

In 2016, Zayn kick­started his solo musi­cal career with the release of the criti­cally acclaimed Mind of Mine, for which he collaborated with musi­cians such as Naughty Boy and Krept and Konan.

The lead single in the album, Pillowtalk, de­buted at number one in the UK and US, mak­ing him the first UK artist to