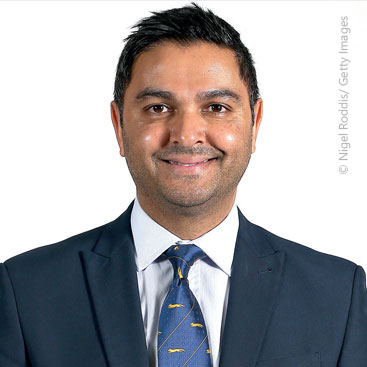 WHEN Wasim Khan became the first British-born Pakistani to play county cricket in 1992, he hoped it would open the floodgates and many more would follow in his footsteps.

And though the likes of Usman Afzaal, Aftab Habib, Kabir Ali and Moeen Ali have played for England, the number of professional crick­eters from a south Asian background in the English game stands at just four per cent.

Khan, 47, who is the chief executive at Leicestershire County Cricket Club, was part of the ECB’s (England and Wales Cricket Board) advisory board when it came up with the South Asian Action Plan earlier this year with the aim of getting more players coming through from the UK’s Asian communities.

“A third of the UK’s recreational playing base are from south Asian communities, yet only four per cent of first-class county cricket­ers are of south Asian heritage. Clearly there remains a blockage in the system that needs to be addressed,” said Khan.

“I have been fortunate enough to be in­volved at every level of the game, from park cricket to pro cricket for 11 years and now working in cricket administration. It wasn’t easy for me to progress through the pathway. At every stage there were challenges which each south Asian child coming through must face. Even now, decades later, those challenges have not disappeared.

“The evidence would strongly suggest that the system has not supported the pro­gression of south Asian crick­eters in proportion to the numbers playing recrea­tional cricket.”

Khan is hopeful that the ECB’s plan will re­move some of the ob­stacles that he faced. “After a year-long consultation pro­cess, the ECB has put together an ac­tion plan to begin to fix this issue in south Asian com­munities and make cricket a better game for all. I, more than most, am