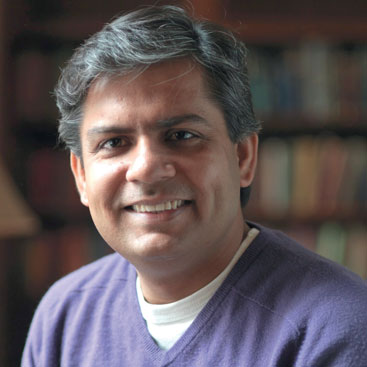 ANYONE who wants to relish the taste of modern India only has to step into one of Vivek Singh’s Cinnamon restaurants, for the chef is known for his mastery in tweaking traditional Indian food to suit the palates of young, cosmo­politan diners.

Singh taps into his Indian roots and com­bines them with new techniques and cultural influences to bring diversity to the table. For instance, a signature on Singh’s The Cinnamon Club menu is the roast saddle of deer with pickling sauce; according to him, that dish is the perfect example of combining old and new.

Born in West Bengal in 1971, Singh shocked his family when he decided to become a pro­fessional chef instead of an engineer like his father. “Growing up in India, food was at the centre of everyday life. From festivals to wed­ding celebrations, huge feasts were common­place in Asansol (West Bengal) and it was here that I fell in love with the sights, smells and celebration of food,” he revealed.

Singh had something of an Anglo-Indian upbringing and his family celebrated both Christian holidays as well as Hindu festivals. He credits this mix of cultures for influencing his approach to combining flavours, ingredi­ents and techniques from both East and West.

He trained to be a chef at the Institute of Hotel Management in New Delhi before join­ing the luxury Oberoi Hotels group. Singh worked at several restaurants across the Indi­an subcontinent before moving to Britain. In 2001, Singh opened the doors to his flagship restaurant in Westminister, the Cinnamon Club, with businessman Iqbal Wahhab.

Critics gave the restaurant a year to survive, as at the time Indian food was seen as “cheap, easy and not very fine-dining”. But nothing speaks louder than success and the following years saw the opening of his other restaurants –