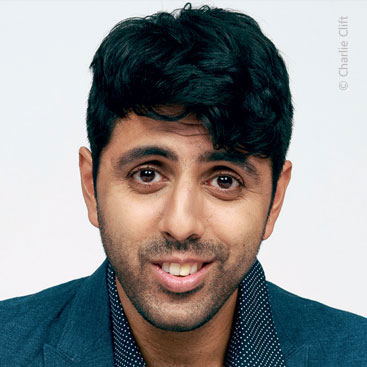 TELLING a story of migration and the inter­twining roots of Asian heritage could be an overwhelming task for any young writer.

Vinay Patel, 32, has attempted to do so in his “epic, technicolor love story” An Adventure which had its debut earlier this year at the Bush Theatre. Drawing inspiration from the experiences of his grandparents, who had an arranged marriage and moved from Gujarat to Britain via Kenya, Patel admits the play was complicated to write.

“Speaking about people in this country and other countries and trying to make it personal and truthful… it is tricky to balance all those things,” he told the GG2 Power List.

An Adventure’s success – it has received mostly positive reviews – is not the only excit­ing development this year for the Londoner. Arguably Patel’s biggest writing credit will be as one of the new writers for Doctor Who, which was announced earlier this year.

Growing up watching shows like Star Trek and Quantum Leap, the chance to write for such an iconic sci-fi show was immensely ex­citing for Patel. “I never imagined that I’d get to write for Doctor Who. I was pretty thrilled.”

One of the fastest-rising stars in British writ­ing, Patel rose to prominence when he created his first full-length play True Brits in 2014. Two years later, he wrote critically acclaimed BBC drama Murdered by My Father.

Focusing on the so-called “honour” killing in a British-Pakistani family, it was not an experi­ence which Patel looks back on fondly as it was tough to work on such a heavy subject matter. “But if you can tell that story easily, you proba­bly aren’t telling it in the right way,” he said.

Murdered by My Father was nominated for three Baftas, including Patel being selected as a 2016 Bafta Breakthrough Brit, and won the 2016 Royal Television Society Award for Best Single Drama.

Charities dealing with the issue saw a spike in calls after the show aired, and police in training are shown the programme to spot signs of forced marriage in communities.

“You think about that and go, ‘there is a pos­sibility the work we did here has the chance to change or even save people’s lives’ and that is a really powerful thing,” Patel said. “Those five months working on it were terrible, but the end goal is you get to change the world in a ti­ny little way, and that feels really majestic.”