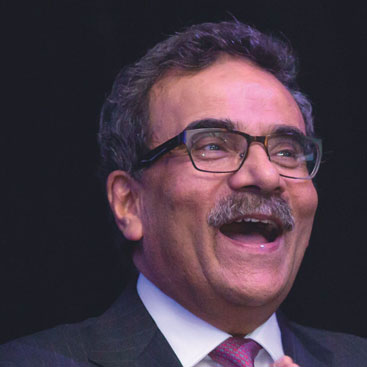 ONE of the advantages of traditional banking is the personal attention that customers get when they walk into a branch.

How counter staff treat people in a bank is an impression they carry away with them. In this era of online banking, this personal atten­tion is what most miss.

But not if you are a customer at Habib Bank AG Zurich (HBZ). And if you have ever inter­acted with Syed Kausar Kazmi, head of com­mercial banking at HBZ, then you will walk away impressed with his knowledge of the bank’s customer base.

Kazmi has an almost encyclopaedic knowl­edge of his customers – he can recall the cus­tomer’s name and even that of their children and sometimes grandchildren – and this has helped him become a prized addition to HBZ’s family. For the bank is known for its traditional banking values set in the context of interna­tional banking.

“We are from the old school – if there is a li­quidity crisis we make sure we are the ones holding the umbrella,” believes Kazmi.

The bank also believes in going beyond its limits to help out customers. “Our quest is not to let anyone go down. If we can help it, we must help, we are a commu­nity bank and duty bound,” said Kazmi, who has been with HBZ for more than four decades.

Formed in Zurich, Switzerland, HBZ is based on a foundation of banking tradition that spans several generations. For more than 50 years, it has adhered to its corporate philoso­phy of providing service with security.

Operations in the UK began in 1974 as a branch of a Swiss bank, Habib Bank AG Zu­rich. In 2016, Habib Bank Zurich plc, a wholly owned UK incorporated subsidiary of Habib Bank AG Zurich Switzerland, took over the op­erations