Hotelier Surinder is bidding to be part of Heathrow’s expansion 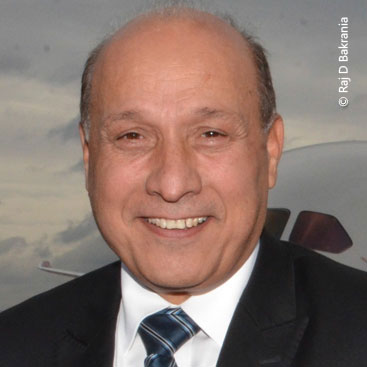 AS CHAIRMAN of the Arora Group, with sev­eral new hotels under construction, Surinder Arora is a very busy man.

But on a sunny day in September, he looks relaxed welcoming guests – nearly all English friends and business associates – to box 32 in the Bedser Stand which he has acquired for long-term use at the Oval cricket ground. In the distance, a prominent board by the iconic gasworks advertises his “Arora Group”.

The occasion is the fifth and final Test match between England and India. The fourth day begins with fevered specula­tion about whether Alastair Cook, resuming on 46, will go on to get a century in his last in­nings in Test cricket. Arora, who is nothing if not a generous Pun­jabi host, whispers: “I would love to see Cook get 100… it’s his farewell, after all. I must be the only Indian who wants him to get a century.” In the event, Cook bids an emotional good­bye after getting 147.

At one point in the afternoon, Bengali ac­tress Sharmila Tagore provides a touch of glamour by wafting in dressed in a dark chiffon sari. The following day she presented the Pa­taudi Trophy, named after her late husband’s family, to Root after England’s 4-1 series win.

It certainly won’t do Arora any harm if his guests left believing their host’s magic touch somehow rubbed off on England in general and Cook in particular. But he now faces the fight of his life against a powerful enemy. Arora is bidding to build the third runway and a sixth terminal at Heath­row, thereby breaking the monopoly currently exercised by Heathrow Airport Ltd (HAL).

“They believe it’s God’s gift, there can be no one else,” he says. “They just don’t understand the word ‘monopoly’ or ‘competition’.”

The scene now shifts to Arora’s