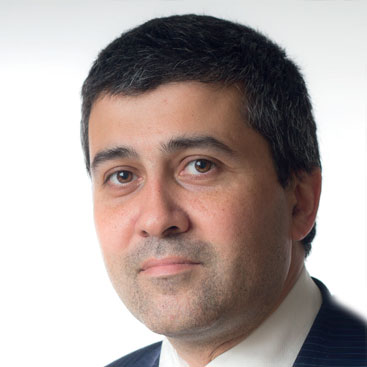 IMMIGRATION is arguably the most hotly de­bated topic of the past 12 months.

From the Windrush scandal to the looming Brexit date in 2019, migration has been an on­going debate both within the halls of Westmin­ster and living rooms across the country.

Sunder Katwala has been one of the key ac­tivists who has helped to push the public’s opinion forward on such discussions. The 44-year-old is the director and founder of independent think-tank British Future. The organisation prides itself on shaping conversa­tions around integration, social inclusion, iden­tity and migration.

In January, an interim report, the National Conversation on Immigration, said to be the biggest-ever public consultation on the issue, was released by British Future and advocacy group Hope not Hate. In order to compile the report, researchers visited a total of 60 locations overall, conduct­ing citizens’ panels in over 40 towns and cities in every nation and region of the UK, and hold­ing more than 130 public meetings.

The interim report, which revealed findings from the first 30 locations visited, found that when it comes to immigration, most people are ‘balancers’, seeing pressures and gains from the influx of people coming into the country.

Some of the negative responses to immigra­tion, as put forward by panel participants in the National Conversation, included fears of potential strains on the NHS and that migrants may be taking advantage of the welfare system.

“The public lack a clear sense of how they can have a voice – having voted in the referen­dum, many people feel in the dark about what happens next,” Katwala said of the report. “The government’s task is to use the reset moment of Brexit to get a balanced package of reforms right. They will not succeed without giving the public a voice in those choices too.”

In September, the thinktank published the full final report. Based on the feedback it re­ceived from participants, it made recommen­dations on a number of issues including build­ing confidence in the immigration system and making integration a policy priority.

Another recent British Future publication, Many Rivers Crossed: Britain’s attitudes to race and integration 50 years since Rivers of Blood, was released in April. Examining Enoch Pow­ell’s infamous Rivers of Blood speech, it featured commentary from influential political fig­ures such as Sajid Javid and Sir Vince Cable. It also considered local stories of people from Wolverhampton and the West Midlands, where Powell stood as MP from 1950 to 1974.

British Future is known for drawing opinions from the bottom up, an aspect Katwala cites as “incredibly important”. “We shouldn’t fear difficult debates in this country because that’s when things can go south and people can get angry,” he told the GG2 Power List. “If you really engage with the public, you can get a system you want. When an issue is as important as immigration, you’re not going to get away with having a system that you can’t talk to the public about.

“We live in a democracy – and that’s a really important value in this country – but it is a big challenge for policymakers to win the support and confidence of the public by involving them in the debate.”

This year, Katwala was named as a member of the expert group attached to the independ­ent Commission for Countering Extremism (CCE). Headed by lead commissioner Sara Khan, the group will meet around four times over the coming year to advise and challenge the CCE on its work.

Discussing his own heritage and identity, Katwala refers to himself as “a child of the NHS”. His Indian father and Irish mother came from their native countries to work in the National Health Service. The contribution of migrants to the service, which celebrated its 70th birthday this year, is essential to the story of Britain, Katwala explained.

“The place of the NHS in our national con­sciousness is the kind of idea of what is fair and good about Britain, and it is very much de­pendent on the people who have come from all around the world and played a part,” he said.

Born in Doncaster, Katwala grew up in Cheshire and Essex. He went on to study poli­tics, philosophy and economics at the Univer­sity of Oxford in 1992. Admitting to uncertainty about whether he would have applied to study at the prestigious university if he had not been encouraged by one of his teachers, Katwala said he could under­stand why some were intimidated by the school.

“Some go to Oxford and feel like they may bump into Einstein around the corner,” he joked. “But you get to see people up close and you re­alise that quite a lot of them are bluffing as well.”

However, he stressed that everyone should feel like they belonged in places such as Ox­ford and Cambridge, despite their back­grounds. The important thing, he said, is that everyone had a fair shot or felt welcome at such reputable schools.

After university, Katwala began his career in publishing, helping to establish a new think-tank called the Foreign Policy Centre before moving into journalism (as a leader writer and internet editor of The Observer).

He was the general secretary of the Fabian Society, thought to be the oldest political thinktank in Britain, from 2003 to 2011. Katwala founded British Future the year he left the Fabian Society. Looking back, he said creating the thinktank was a stand-out mo­ment in his career.

“It was a brand-new thing, a start-up. I thought it was time to do things that people hadn’t done before,” he recalled. “It is trying to go direct to the public about issues of identity, not just the policy makers.”

He is interested to see how his children per­ceive their own heritage and issues of race in the country. “I want to listen, and I try not to intervene [when they discuss their origins]. What my children will think about their racial identity feels quite open,” he said.