Sir Suma Chakrabarti is changing lives around the world 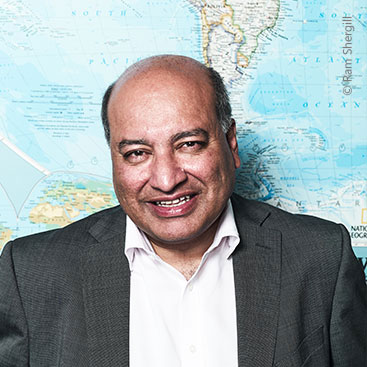 AS PRESIDENT of the European Bank for Re­construction and Development (EBRD), 59-year-old Sir Suma Chakrabarti has made a real difference in boosting economic growth in the 40 countries in three continents where the bank has so far operated.

There are figures that bear out that in the six years since Gordon Brown backed his ap­pointment as EBRD president in 2012, the bank in general and Sir Suma in particular – he was once a high-flying civil servant in Whitehall – has been remarkably successful in creating jobs and prosperity and improving the lives of previously ignored sections of society in eastern Europe, the Middle East and Africa.

At the EBRD’s headquarters in London, he explains that despite its name, his is not a Eu­ropean bank. Indeed, Sir Suma sits in front of a map of the world to show the bank’s interests are global. The EBRD’s unique selling point is that it offers much-needed financing for pro­jects, big and small, where the traditional banking system balks at the risks.

Sir Suma can probably claim to be the most travelled head of a major bank in the UK. Olga Aristeidou, a press officer at the bank, listed 27 countries the president had visited in the previous 12 months. “Belgium, China, Fin­land, India, Israel, South Korea, Portugal, US, Armenia, Azerbaijan, Belarus, Bulgaria, Cyprus, Egypt, Estonia, Georgia, Greece, Jordan, Kazakhstan, Latvia, Lebanon, Lithuania, Morocco, Po­land, Tunisia, Turkey and Ukraine.” To this can now be added Bulgaria.

After attending official meetings, Sir Suma invari­ably goes off piste to get a feeling for the countries where his