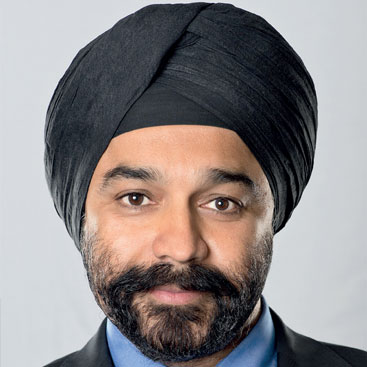 ASK Sir Harpal Kumar the personal highlight of his tenure as chief executive of Cancer Re­search UK, and he would be quick to recall the report in April 2014 that as many people now survived cancer long-term than died from it. After about 15 years with the organisation, Sir Harpal doubts if he would ever make a more profound announcement in his life ever again.

Sir Harpal joined Cancer Research Technol­ogy, a wholly-owned subsidiary of Cancer Re­search UK (CRUK), in 2002 and served as CRUK chief executive until 2007. He has over­seen substantial income growth and research investment, and when he stepped down in June this year, Sir Harpal signed off on a posi­tive note saying he was more optimistic than ever about beating cancer. Within the next 10 years, he predicted, people would have regular blood tests at their GP surgery to tell them if they have cancer even before symptoms appear.

Sir Harpal is now the head of Johnson & Johnson Innovation EMEA, based in the London Innovation Centre. He oversees a portfolio of co-investments and collaborations across the region and works to grow the Innovation Centre’s networks, which includes building relationships with academia, venture capitalists, entrepre­neurs, NGOs, and government organisations.

The son of Sikh refugees who left Pakistan following partition, Sir Harpal’s family arrived in London in 1964 with nothing to their name. But his parents worked extremely hard to pro­vide their son a good education. After obtaining his masters degree in chemical engineering from Cambridge University, Sir Harpal got an MBA at Harvard Business School. He started his career as a healthcare consultant in McKinsey’s London office and was CEO of rehabilitation charity Papworth Trust. He then founded and led Nexan, a medical device com­pany, for about five years before joining CRUK.