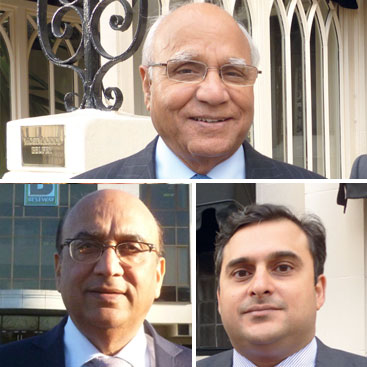 But just as remarkable as his transition from poor Punjabi immigrant to knight of the realm has been Bestway’s corporate progress, grow­ing and diversifying through five decades, with the momentum sustained through the seam­less succession of younger family members.

Sir Anwar stepped down as chief executive in 2004 and passed the reins of the company to his nephew Zameer Choudrey. In September, Sir Anwar’s youngest son Da­wood was named Bestway Cash & Carry’s new managing director, while Choudrey’s sons Haider and Umair are head of group finance and head of export sales, respectively. “The next generation are intelligent, highly educated, more so than me,” observed Choudrey.

In April 2018, Bestway made a significant addition to its estate with the acquisition of 700 stores, buying the retail division of the cri­sis-hit drinks group Conviviality, owner of the Bargain Booze and Wine Rack chains.

This appetite for retail development – the wholesaler has long owned and run the 1,000- plus strong Best One symbol group – follows Bestway’s landmark deal in July 2014 to take over a chain of 700 pharmacies belonging to the Co-op for £620 million, rebranding it Well.

The family-owned company is the second-largest independent wholesaler in the UK, supplying 125,000 independent retailers, cater­ers and other businesses through its 62 ware­houses under the Bestway and Batley brands.

Choudrey says: “Make no mistake – at Best­way we will continue to champion the inde­pendent retail sector as we have always done. We are committed to being the best way for customers and suppliers to grow their food and drink business. I believe that to succeed in the industry we have to lead in the industry. Wholesale is our passion.