Shailesh Vara has changed his mind about remaining in the EU 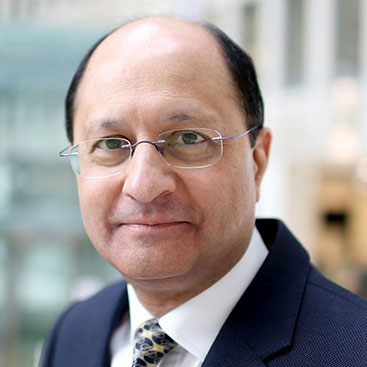 WITHIN the polarised, post-Brexit political discourse, we are all getting used to hearing certain stock soundbites from politicians.

One line often trotted out by ‘remainer’ MPs, goes something like though they “deeply regret” the decision taken by the majority of British voters in June 2016, the essence of being a democrat means that vote must be accepted.

Conservative MP Shailesh Vara, who was appointed as a minister of state for Northern Ireland in June 2018, has an outlook that is less often heard.

He confides to the GG2 Power List, “When we had the referendum, it was a close call for me as to which way I would vote. Though I voted to remain, I could easily have voted to leave because there are a number of factors that were very positive for the UK outside the EU.

“Since then, we have seen more of how the EU operates and I have come to the conclusion that actually, we are better off outside. I be­lieve that there are huge and exciting opportu­nities for the United Kingdom outside the EU and that we will prosper more outside than in­side. I have genuinely changed my mind.”

A change of heart aside, for the MP who has contested and won the North West Cam­bridgeshire seat for the Conservatives in four consecutive general elections, respecting the democratic process is certainly not something to be overlooked. “I believe it is important that we respect the views of the people. We can’t, on the one hand, preach to the world about the wonders of democracy, and then in our own country, when our own democratic process leads to some MPs not liking what the public has said, say ‘well, actually, we can just ignore that’. We can’t promote democracy to the rest of the world, and