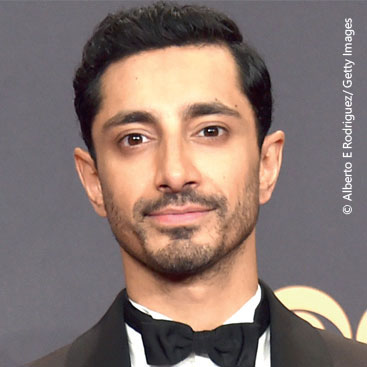 HE REPRESENTS one of the finest acting exports Britain has ever made to the US.

Not quite based there permanently, though it can seem like that to all intents and pur­poses, it is where the film work is these days; something that Riz Ahmed reminded people back home about when he appeared on BBC TV in the summer.

He may not have quite ensconced himself in the bosom of Hollywood (yet), but his most re­cent work would give that impression, as would a hugely impressive roll call of international press and media interviews over the summer.

Ahmed’s latest film, The Sisters Brothers, came out in September and sees him feature alongside Hollywood big-hitters John C Reilly, Joaquin Phoenix and Jake Gyllenhaal, whom he memorably appeared with in The Night­crawler (2014).

This western comedy drama, and surpris­ingly emotional piece, is helmed by Jacques Audiard, a French director best-known for The Prophet (2009), Rust and Bone (2012) and his more recent Cannes Palme d’Or winner, Dheepan (2015). The film got good reviews at the Venice Film Festi­val where it had its world premiere at the be­ginning of September. There is no sense of Ahmed’s ethnicity in the film and Audiard has a tremendous reputation of unleashing talent and taking it to a new level – Tahar Rahim, the star of A Prophet, is one of France’s top actors now and is soon to be seen in a US English-language production.

So, while Ahmed’s head may be on one side of the Atlantic, what of his heart? It has to be British, or English, or Englishtani? Anyone who saw Riz Ahmed: Road to Eng­listan, the BBC2 interview with him by Nikki Bedi and part of the Big British Asian Summer (this August), would get that. He is about to tell his story in Englistan, a TV mini-series that the BBC backed him to produce, and which is per­haps his biggest project to date.

From his early breakthrough films Road to Guantánamo (2006), and Four Lions (2010) through to his leading man appearance in The Reluctant Fundamentalist (2012), and that Star Wars spot, Rogue One: A Star Wars Story (2016), Ahmed is a force of a nature and now he’s about to show his skills as a TV writer and director.

“I’m excited to be working with Esther Springer (BBC Studios executive producer) and all the team at BBC Studios,” said Ahmed. “Englistan is an untold British story with uni­versal themes and resonance. It’s the story I always wanted to tell, and it’s a privilege to have the opportunity to do so.”

It is a multi-generational drama that begins in the 1980s and brings us up to the present day. It represents a massive statement by the BBC and a sure sign of Ahmed’s increasing clout and reputation in Britain.

Piers Wenger, BBC drama controller, extolled the boy from Wembley’s credentials with no sense of understatement: “Englistan is the story of the birth of multicultural Britain as seen from the inside. We are honoured to be working with Riz on this epic, deeply personal story.”

In his interview with Bedi, he said some of the ideas for this series will more extensively explore a few of the themes from his first di­rectorial effort, Daytimer. This is a short film that premiered at the Sundance Film Festival in 2015 and depicts a young man living in sev­eral different cultural worlds simultaneously – the boy leaves his traditional British Pakistani home, and changes into jeans, trendy sneakers and swish bomber jacket to join a group of older pot-smoking brown lads off to a daytime rave.

Ahmed revealed to Bedi that his life was a lot like that. At home he would wear a tradi­tional shalwar-kameez-type outfit, at his 450-year-old plus public school (he won a scholarship), it was a tie and blazer and then when carousing with his Pakistani-origin rudeboy mates, it would be trendsetting jeans and cool trainers.

This facility or code-switch­ing, as it is often referred to in the US, is recognisable to an­yone who moves between different worlds. Instructively, Ahmed told Bedi that when he was young he did find it “con­fusing”, but as he got older, it was an “enrichening” experience and some would say it lies at the font of his cre­ativity and dynamism.

“I might not have a passport to my own place. There may not be one place where I feel I belong – I may feel like a citizen of nowhere – but I have a visa to go everywhere,” Ahmed explained.

Bedi complimented him on the analogy and towards the end of the interview, Ahmed pro­vided another telling one.

He said he had been spurred to go to Amer­ica to work because there were simply more opportunities there for him as a south Asian-looking actor. American TV presented itself as this incredible melting pot – racially diverse, ethnically rich, open and welcoming. Ahmed said outside the TV studio, he found the US was a lot more segregated and had far more ethnic hang-ups than you might glean from just watching American film and TV.

Britain, on the other hand, liked to wrap it­self in a flag – the nostalgia of Empire, the monochrome of town and country, the solidity of a well-defined social structure and its sup­posedly comforting hierarchies.

He conceded that it sold well and was a marketing ploy, but only to a degree. Arguably, the cultural loss was bigger and more damag­ing, he insinuated – Britain didn’t want to tell stories about its multicultural melting pot so­ciety and the interesting cultural no-man’s land that comes from mixed heritages, cultures, religions, and couplings.

In August, Ahmed was the subject of a New York Times Magazine cover and a 15-hour long interview (more of a hanging out); he was on the front of British GQ in September with a full profile – but the shoot was in New York and he spends a lot of time in Brooklyn, Fort Greene (where he has an unassuming apart­ment), to be more precise, these days.

He has just also done two films, Sound of Metal, which is about a drummer who is losing his hearing (Ahmed plays that character); and Venom, a science fiction horror flick that was set to come out in October and is adapted from a Marvel tale. Next year there will be Englistan and his lead role as Hamlet for Netflix.

But he isn’t just an actor. He has a parallel music career as one half of the Swet Shop Boys. His rapping partner is Himanshu Suri, from Queens in New York. Ahmed was an MC at Oxford University and his first release was Post 9/11 Blues (2006), which some radio sta­tions banned for its supposedly controversial lyrics. Ahmed had the courage and verbal in­genuity to simply express what many Muslim and young Asian men thought was happening to them. Middle England baulked, naturally.

Two years ago, there were the tracks Half Moghul Half Mowgli and Englistan – both in some ways anthems of our times and little gre­nades tossed into that no man’s land which no one wants to be seen to be inhabiting but is precisely that space so many negotiate and (must) embrace in a multicultural society. Far smarter than your average Hollywood shmuck (let’s be charitable), he told Bedi, he “has a lot to do”.

The magazine profile was, in some ways, an extension of the philosophy he espoused with Bedi, about stretching concepts, definitions and labels. The point about these is that they are a form of shorthand, a way of describing people and things, sometimes to control them and keep them in a place. Ahmed said he didn’t accept the term ‘polit­ical’, and to describe his work and ideas as such is to immediately seek to put him in a box and keep him there.

His Instagram feed shows a quixotic eclecti­cism – it includes a Story (a video or pictures in sequence that either disappear after 24 hours or are pinned to a user’s profile) with music artist M.I.A., two Story posts about sandwiches, a reception with the Queen at Buckingham Palace and his pride at two magazine covers (the New York Times Magazine and British GQ).

This is an artist who is still reaching for the stars (and so he must with his talent and intel­ligence), but unlike many others, it is not just an individual pursuit. It is about an idea, far larger than any one person, and just like a star, it must shine bright for all to see and in more than one lifetime.

Some might say that Ahmed’s real work is just beginning.