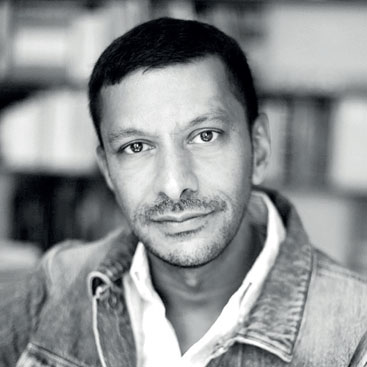 SOME would say that Raoul Shah is a market­ing genius.

The list of clients signed up to his Exposure company is mind-blowingly impressive: Nike, Levi’s, Barbour, Instagram, eBay, Coca-Cola and Converse, to name just a few. The tag line on Exposure’s website reads ‘Making brands culturally relevant since 1993.’

Shah actually started his company after Converse gave him a bunch of shoes and paid him to give them away, which he did with star­tling success.

This was long before the term “influencer marketing” was even conceived. These days it’s almost de rigueur, and every celebrity, from top-notch household names to those with a single reality TV series to their name, does it.

Back in the day, Shah used his legion of friends and professional associations; and these DJs, artists, musicians, and media types made Converse a cool brand. Shah has gone on as he started. His client list has grown, and he is routinely touted as one of the top players in a field at which the UK generally excels.

When the Power List spoke to him last year, he said there had never been any grand plan. “I didn’t have a very clear vision for an agency. I had a very clear idea of what I want­ed to do, which was to surround myself with people I found inspiring, creative and influen­tial in a cultural way, anyone who influenced culture,” Shah revealed.

At the time, this idea was pioneering in it­self, and it was no wonder that other compa­nies saw what Shah had done for Converse and wanted the same.

Now 25 years on, Exposure has a ‘brand fame’ (a phrase Shah created to explain what his company does) all of its own and it’s this that is helping him expand his influence more intensively both Stateside and in