Rakesh Kapoor’s focus on healthcare is reaping rewards for RB 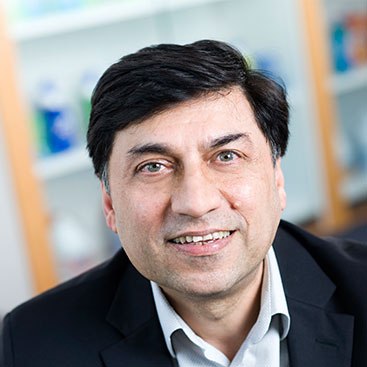 IT HAS been a rollercoaster ride of late for Rakesh Kapoor, chief executive of health and consumer goods giant RB (Reckitt Benckiser).

A long-time stock-market darling, the com­pany behind Durex, Strepsils and Harpic was challenged by a toxic disinfectant scandal in South Korea in 2016 and a serious cyber attack last year. With recent figures looking far from exceptional, Kapoor – one of the UK’s highest earning corporate bosses – announced in March 2018 he would give back some of his pay, then in April, shares slipped to their low­est level in over three years.

However, three months is a long time in big business. By midsummer, RB stock had stormed to the top of the FTSE 100 after the company reported soaring profits for the first half of 2018, with revenue growth forecast of 14-15 per cent this year.

A white-knuckle ride of that magnitude would be enough to test the most phlegmatic of dispositions, yet Kapoor is the type to take it in his stride. In a sense, he’s been there before. On first taking the helm at RB in 2011, overall share value of the UK firm plunged by £2 bil­lion as investors got the jitters over the depar­ture of veteran boss Bart Becht.

“I tried very hard to tell myself it’s not per­sonal,” Kapoor later quipped, and, of course, it wasn’t. It took just weeks for the share price to recover and four years into his tenure, it was nearly 80 per cent higher.

Kapoor has made his mark as chief executive by giving RB a greater focus on high-margin over-the-counter healthcare brands like Nuro­fen, Durex and Gaviscon, setting up a special healthcare arm this year.

This emphasis on healthcare has come as prices of household consumer goods like de­tergents and cleaning products are being squeezed by online companies such as Amazon and the growing popularity of discount retailers.

Famed for his personable manner, Kapoor recently defended RB’s raising of prices in its health business. Asked by journalists whether Durex should be cheaper given the importance of safe sex, he said: “There is a social purpose to make sure the price does not become any excuse for not using condoms responsibly. But Durex condoms are really very cheap.

“Put it this way: how much is the price of great sex, and how should we price that? I keep telling my people, and I am very serious, that we are underselling Durex by a factor of 10.”

In line with his strategy of developing and innovating the consumer healthcare side of the business, Kapoor led the purchase of Schiff Vi­tamins in 2012 for $1.4 bn (£877 million). But that was dwarfed last year by the acquisition of the American infant formula-maker Mead Johnson for $16.6bn (£12.7bn). It appears RB is now reaping the rewards of that transaction with strong sales of infant nutrition products in China, where high birth rates have followed the end of its one-child policy in 2016.

Headquartered in Slough, RB has 40,000 employees around the world and in 2017 turned over £11.5bn. Apart from those already mentioned, its numerous brands also include Cleara­sil, Cilit Bang, Mycil, Air Wick and Vanish.

Kapoor, who has worked his way to the top of the company hierarchy over 25 years, ex­pects a lot from his staff and even more from himself. His business motto is: “Late to bed, early to rise; innovate like hell and advertise.” He’s out of bed by 5.30am to trawl through overnight news. “If you are slow there, you’ve slowed the organi­sation. I have to be very quick in how I re­spond, how I decide.”

RB is a famously meritocratic company where “performance is everything”, while sur­passing personal limits and expectations is the goal. “Don’t expect me to hug you when you meet your target,” he is known to tell sales people. “I will look at you and say, ‘really?’”

Kapoor is proud of making progress on pro­moting women in senior management positions. “It’s a key strategic objective,” he tells the GG2 Power List. “In 2017, 24 per cent of our senior managers were female, up from 20 per cent in 2016.” The aim over the next few years is “to make that figure 50 per cent.”

Born in Bareilly, northern India in 1958 to a business family, Kapoor was educated at a top boarding school in Delhi where he learned to “raise the bar for myself every time”.

He took a degree in chemical engineering at Birla Institute of Technology and Science, Pi­lani, then did a masters in business management at XLRI Jamshedpur. The reason he switched away from science was “because MBAs got even better jobs than engineers did”.

His first job was for a computer firm. His second was for Reckitt & Colman, the house­hold products and mustard firm that merged in 1999 with Benckiser of the Netherlands to form Reckitt Benckiser. Kapoor came to Eu­rope after the merger, where he was soon responsible for the company’s northern European operations, gaining a reputa­tion as one of RB’s premier marketing special­ists. After serving as executive vice-president of category development, Kapoor took over as CEO in 2011.

Kapoor is also a key member of the UK-In­dia CEO Forum, first convened in London in 2015 to promote trade and investment oppor­tunities between the two countries. The April 2018 forum was attended by prime ministers Theresa May and Narendra Modi.

“Both countries are at an exciting phase in their economic strategies,” he tells the GG2 Power List. “In India, reforms are transforming the economy while, in the UK, the Brexit wheels have begun to turn, setting in motion radical policy changes that will establish a new network of global commercial partnerships.”