Rajesh Ram Satiija believes in giving back to the community 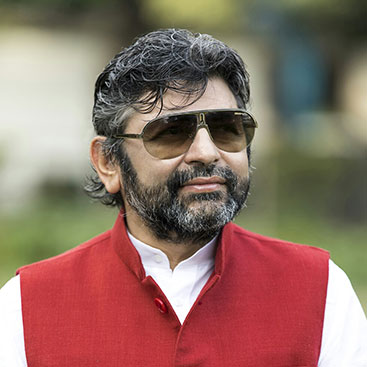 WHEN most aspiring entrepreneurs tended to look towards the west to make their mark, one savvy businessman had his eyes on Africa.

This is not a story from modern times, rather an inspiring tale from more than three decades ago.

Rajesh Ram Satiija is an Indian-origin billionaire whose rise from a rural town in north India to a reputed industrialist known across three continents is the sort of tale that screen­writers would love to bring to the cinema.

The 52-year old lives in Mayfair, but also has homes in India and North America. His Sun & Sand Group has interests in mining, ag­riculture and the auto trade.

“I had this foresight that Africa would evolve into one huge market, and I very much wanted to be part of it when it did emerge,” he said. While his contemporaries saw their over­seas business dreams flourishing in Silicon Valley, Satiija turned to a completely different region – emerging economies in Africa and later, Latin America.

Born in 1967 in the town of Sonepat, in north India, Satiija graduated as an electrical engi­neer. His first job was as a government con­tractor and supplier. Opportunity came in the form of a job offer in Africa and it proved to be the turning point in his life as a businessman.

While in the continent, Satiija established the Sun & Sand Group of companies, with his 52-acre factory at Ogun, Nigeria, making fer­rous and non-ferrous metal ingots that were widely in demand in the automobile industry. His company became the first in Africa to supply to such leading brands as Rolls Royce, Toyota, Honda and Nissan.

The key to his success at the time was ensuring he met his commitments to customers, how­ever challenging the circumstances. After great success, Satiija sold the busi­ness to a Nigerian