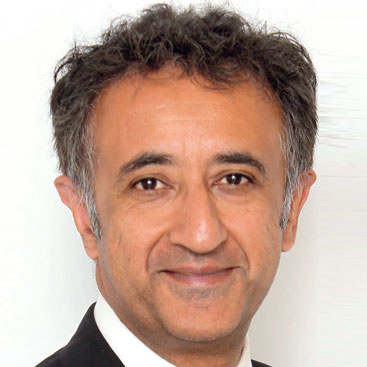 A LEADING social scientist who reaches far beyond the confines of ivory tower academia, Shamit Saggar, professor of political science and public policy at the University of Essex, believes that the whole point of sociological research is to shape public policy and improve the lives of people.

“I have always been interested in supporting institutions, to use knowledge and evidence to inform their work. The real-world use of re­search, mine and others, is my real passion.”

A former adviser to Tony Blair and succes­sive governments, his influential work on such issues as race and radicalisation has examined some of the most salient issues of modern Brit­ish life, pitching him at the forefront of the im­migration and integration debate.

His books, including Race and Politics in Britain, Race and Representation, and Pariah Politics: Understanding Western Radical Islam­ism and What Should be Done, have become re­quired reading for policy makers.

In September 2017, he became head of the Campaign for Social Science, a body composed of leading academics set up in 2011 to promote the study of social science and its value in informing government policy. He is also a founding trustee of British Future, an influential think­tank which inputs into policy making at all levels.

His work with universities, governments, regulators, businesses and non-profit organisa­tions was formally recognised last year when he was awarded a CBE. “This is not just an honour for me. It is really a recognition for the many people I have worked with in different institutions,” he said.

Last November, his department at Essex, the Institute for Social and Economic Research, published a hard-hitting report that shed new light on racial harassment, suggesting that the reason many ethnic minorities cluster together in the same geographical areas is because it makes them safer.