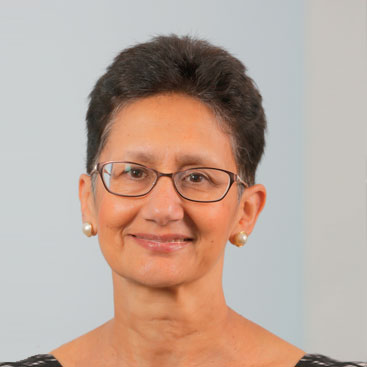 AS AN accomplished academic and clinician, Prof Neena Modi has dedicated her work to securing better health outcomes for newborns. Her research is vital not only in this country, but also abroad.

Modi is professor of neonatal medicine at Imperial College London and also has a con­tract with Chelsea and Westminster NHS Foundation Trust. Her advocacy has helped to drive changes such as the smoking ban in cars in Wales, and the imposition of a levy on soft drinks in England.

Modi set up one of the largest neonatal re­search groups in the UK – the National Neona­tal Research Database covers all 200 NHS neo­natal units in England, Wales and Scotland. It has, to date, led to the collection of detailed clinical data on almost one million infants, and their research has helped babies across the UK and other countries.

For their work in gathering detailed data to help make informed decisions, the group re­ceived the Excellence in Patient Care Innova­tion Award from the Royal College of Physi­cians in 2018.

Modi told the GG2 Power List: “I strive to draw attention to the importance of children’s health to national wellbeing, and the need to drive advances through science and medical research.”

She is not afraid to speak up when she feels government policy is not up to scratch. In a blog on the British Medical Journal (BMJ) earlier this year, Modi criticised the lack of acknowledgement of the links between babies’ health and a country’s economy. “National policy, especially in relation to prevention, has yet to build sufficiently on growing scientific understanding,” she wrote.

“There appears to be insufficient apprecia­tion of the extent to which health and wellbe­ing in childhood are prime determinants of adult health, and thus a major contributor to national economic prosperity.” One of her reports, titled Turning the Tide: Five Years On made recommendations and highlighted gaps in child healthcare. She also led a UK State of Child Health re­port (2017) and one-year, four-nations progress scorecards (2018), which influences national policy in the sector.

Her wide experience means Modi has often given evidence to All Party Parliamentary Groups on issues such as medical research and the significance of a healthy childhood. Her work informs decision makers in Whitehall and the Department of Health and Social Care.

In addition, Modi works to raise the profile of women in academic medicine and also initi­ated a £10 million Children’s Research Fellow­ship Fund to create career development op­portunities for post-doctoral researchers. More recently, she championed maintaining regulatory standards for children’s medicines development post-Brexit, leading to the award of honorary fellowship of the Faculty of Phar­maceutical Medicine in 2017.

It is one among many accolades in her career. She is also a recipient of an honorary fellow­ship bestowed by the British Association of Perinatal Medicine in 2015. Among influential positions she previously held are as president of the UK Neonatal Soci­ety, president of the Academic Paediatrics As­sociation of Great Britain and Ireland, and chair of the BMJ’s ethics committee.

Earlier this year she stepped down as presi­dent of the Royal College of Paediatric and Child Health – a post she held for three years.

“As an ethnic minority woman in profes­sional life, I aim to be a role model to develop confidence in under-represented groups,”