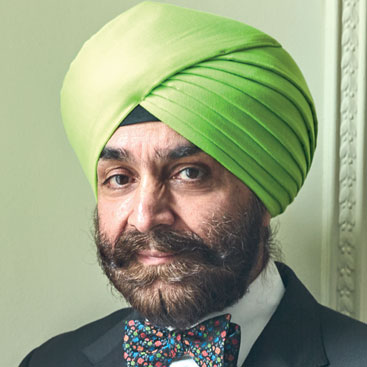 PROF JASPAL KOONER, one of Britain’s most highly regarded heart surgeons, having done “somewhere between 15,000 to 20,000” opera­tions over the last 20 years, is now founder di­rector of a huge project that affects the lives of a quarter of the world’s population.

With support from the Wellcome Trust and the National Institute of Health Research, he has established the “South Asian Bio Bank” which has set out to answer the following question: “Why are the people of India, Paki­stan, Bangladesh and Sri Lanka, plus Asians in the UK and across the diaspora, so susceptible to cardiovascular disease and diabetes?”

Kooner, who has been conducting research­ing among 40,000 patients of Asian origin in London, says he has picked up some clues but is honest about the overall outcome: “The big obstacle at present is that we don’t understand why this is the case.”

He adds: “Once we understand that, we are much better equipped to put into place preventions and treatment and public health meas­ures to reduce the epidemic of these diseases.” The ambition, at least in theory, is ulti­mately to “reduce risk by nearly two thirds”.

The harsh truth is that even if Asians adopted a healthy diet, exercised adequately and did not smoke or drink – all worthy goals to be encouraged – the dice would still be loaded against them for genetic or other reasons.

If he can find answers, the benefit to man­kind will be immense. “Just imagine the im­pact you will create every year in a quarter of the world’s population,” Kooner said. The sample of people that Kooner is now studying has been increased in the world’s big­gest study of its kind to 250,000, of whom 100,000 will be in the UK and 150,000 in In­dia, Pakistan, Bangladesh and Sri Lanka.