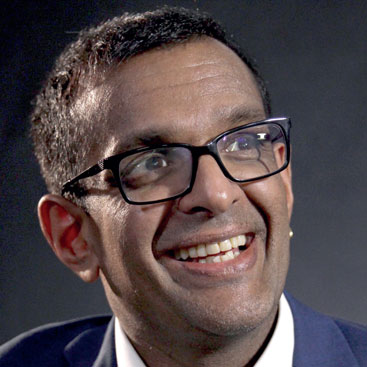 ENERGETIC and talking fast in a lilting York­shire accent, the professor of European poli­tics and foreign affairs at King’s College is clearly relishing the wild rollercoaster ride on which the recent series of political events in the UK has launched him.

It’s all come as something of a surprise – and not only to him. Anand Menon is now more or less Mr Brexit: the go-to expert for all your Brexit information needs. He is all over the media and a familiar fixture on TV. “Just before Brexit happened I was put in charge of this thinktank, the UK in a Changing Europe,” he says. “Then this thing happened.”

“This thing” was David Cameron promising a referendum on EU membership if he was elected prime minister a second time; subse­quently holding the referendum and losing it; Cameron resigning and Theresa May taking over and promising to carry out the wishes of the victorious Brexiteers; May holding but al­most losing a general election; thereafter somewhat backtracking in her plans and negotia­tions, at least according to Brexiteers; and last­ly, the hostile reception to the so-called Chequers agreement in July 2018, which many MPs across the parties saw as a framework for a “soft Brexit”.

Menon had foreseen none of this when he took on what he thought would be a quiet thinktank job four years ago. “So, since 2014, I did British politics and Brexit, but it wasn’t what I was necessarily fo­cused on beforehand. But now I’m focused on it to the exclusion of anything else. And Brexit is completely all-consuming. It’s the one thing that is in the headlines every single day.”

But Menon is a man who is used to being busy. As well as a professor at Kings (arriving there by way of Birmingham and Oxford uni­versities) and