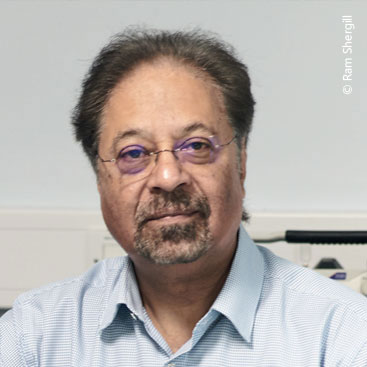 OVER lunch at the Ivy in Kensington, not far from his London apartment, Prof Sir Tejinder Virdee, one of the world’s top physicists, talks about what his past 12 months have been like.

Virdee and his wife, Vatsala, have lived in Geneva for 30 years, but come to London regu­larly because he is also professor of physics at Imperial College (where he did his PhD).

He recalls that it is now six years since that moment of high drama on July 4, 2012, when scientists at CERN in Geneva announced that a fundamental particle called the “Higgs Boson” had been found at the Large Hadron Collider, 100 metres underground in a cathedral-like cavern on the borders of Switzerland and France. Thousands of scientists from all over the world worked on this project for many years, but it was a clever detector invented by a small team under Virdee which confirmed the pres­ence of the Higgs Boson.

The theory is that when the universe came into being 13.8 billion years ago with the ‘Big Bang’, fundamental particles named the Higgs Boson – after Peter Higgs of the UK and Saty­endra Nath Bose of India – were produced in its immediate aftermath. In order to under­stand how the universe was created, scientists at CERN attempted to reproduce Higgs Boson particles in the Large Hadron Collider.

The plan now is to produce a more plentiful supply of Higgs Bosons, so there is a better chance of analysing them and solving some of the mysteries of physics. But this will require upgrading the Large Hadron Collider and the cooperation of many countries using technol­ogy that is yet to be developed.

“It is a very complex operation,” Virdee em­phasises. He is in charge of devising the next generation of experiments which are expected to begin