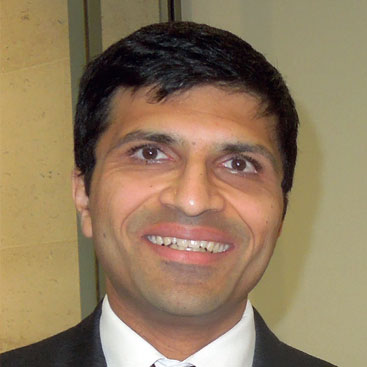 LISTENING to Nikhil Rathi talking enthusias­tically about the London Stock Exchange Group’s current and upcoming plans, one might think he could still be part of the government.

That isn’t because his language is politically slanted but Rathi – who held held senior roles in the UK Treasury over an 11-year period prior to his appointment as CEO of the Group in September 2015 – is able to offer the kind of vision for a global Britain, with London at its heart, which would delight both ardent Brexi­teers, and those pragmatists who just simply want to get on with leaving the European Un­ion in a timely manner.

He tells the GG2 Power List, “London continues to flourish as an international financial centre, open for business. A globally trusted regulatory and legal framework; the most internationally diverse, deep and liquid pool of capital; and a proven ability to constantly be at the forefront of financial innovation, make London and the UK the ideal home for companies and inves­tors worldwide. I am confident that the Group is well positioned to serve our customers re­gardless of any outcome of the negotiations.

“As a global financial infrastructure provid­er, with over 2,200 companies listed in London from 115 countries, we remain the leading market place for global business.

“Since the referendum in June 2016, we’ve seen significant UK and international equity and debt issuers turn to London. For example, in 2018 alone, we’ve been home to Vivo Energy, the largest UK-listed African IPO since 2005; and Avast, the largest IPO across Europe at the time of listing in May and largest tech IPO on London Stock Exchange in 2018 to date.

“More broadly, last year was one of the strongest years for equity capital raising in a decade, with 108 IPOs, while our global growth markets