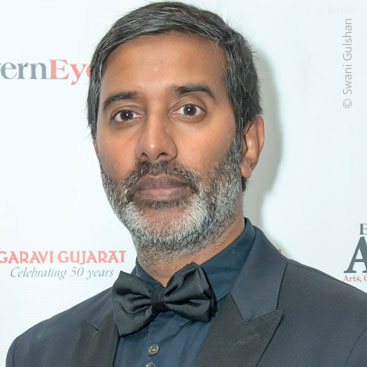 NIHAL ARTHANAYAKE is active on Twitter when he is not hosting his daily BBC Radio 5 Live show in Manchester, where he moved with his family from London a couple of years ago.

His tweets are often batting away racist pests he believes have been buzzing around with more frequency over the past few years. “It really is horrible to return to how I felt in the early 80s. Racism is on the rise,” he says.

But as someone joked, maybe the abusers don’t mean go back to your own country – Nihal’s parents were Sri Lankans who settled in the UK, and he was born here – but back to your own county. For him that would be Essex and the town of Harlow, where he attended Burnt Mill School and began in the music business by promoting rap performances in the 1980s.

He was soon at the mic himself, contributing a track (Into The Music) to a compilation disc under the name MC Krazee A. By 1995 he was rapping in a group, The Muddie Funksters, who released an EP before they bowed out. Nihal carried on performing during the 90s – as a member of hip-hop band Collapsed Lung and alongside Fun Da Mental and Panjabi MC, Badmarsh & Shri, Mentor, Sona Family and DJ Sanj. By now he was appearing as DJ Nihal.

Without achieving a decisive musical break­through, he had to choose between being a creator or an enabler, and Nihal turned towards the latter. He once again become a promoter, collaborating with a wide range of artists, from Nitin Sawhney to Elton John. He also lever­aged his experience, skills and network by be­coming a good music journalist for The Face and Mixmag, among others.

Nihal is quick-witted and intelli­gent, and very sympathetic. His humour, to which we have since become accustomed, was newly charming around the turn of the century, and in 2002, BBC Radio 1 snapped him up. He presented Asian Beats with Nihal, and then from 2007, the Weekend Breakfast Show, moving into more slots after that and gathering awards along the way – a Sony Ra­dio Award in 2003 in the Specialist Music Catego­ry and another Sony Award for Best Speech Programme for the show he presented on the BBC’s Asian Network; and the Media & Crea­tive Arts Award at the GG2 Leadership Awards in 2014.

Nihal was also busy on TV across the channels and making a name for himself not only as a presenter of TV series and partic­ipant in reality shows and documentaries, but as a panellist, commentator and awards host.

By 2007, he was filling in the questionnaire sent by Who’s Who. “I’m not one of those who say, ‘Oh, this is some kind of colonial legacy,’” Nihal said at the time. “It is, but do you want to stand outside the house banging on the door complaining about how s**t your life is, or do you want to get in and start telling people to their face there are things they need to sort out?”

Nihal left Radio 1 in 2014 but stayed with the Asian Network until he took up his latest position on 5 Live’s Afternoon Edition show, with Sarah Brett. He hosted Eastern Eye’s ACTA awards this year and did a fine job of it.

“I am proud to be a British Sri Lankan, I am proud of what this country has given me,” he says. “This country isn’t perfect, but my parents came here to give me a better life, and if he had been alive today, my late father’s head would have exploded with pride.”