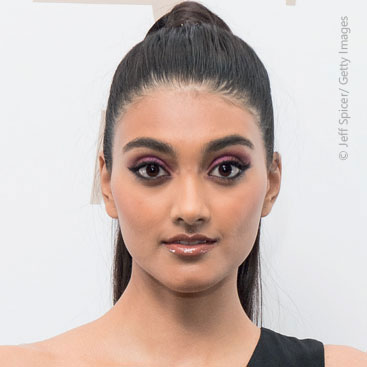 LAST year, the GG2 Power List ended Neelam’s profile with a question – was Vogue UK’s new Ghanaian-born editor, Edward Enninful, ready to put an Asian model on its cover? If so, no contest – it had to be Neelam Gill.

A year later, the answer is: not yet. Half- Ghanaian Adwoa Aboah made the December 2017 edition as Enninful’s first cover (shot by Steve Meisel). Pop singer Rihanna, born in Barbados, was September 2018’s cover story. So African and African-Caribbean, but so far, still no south Asian.

It is still early days for Neelam, though, and the past year has been a whirlwind for her as the new face of French cosmetic giant, L’Oréal Paris. “A dream come true” would be an un­derstatement, she wrote on Instagram after the announcement in March 2017.

Neelam, 23, made her cat­walk debut at the age of 18 for Burberry during the 2013 London Fashion Week, and a few months later, was the face of the com­pany’s “English Rose” spring cam­paign, shot by Mario Testino. As she tweeted at the time, “Honoured to be the first ever Indian model used in a #BurberryBeauty campaign. Thank you Burberry for always be­lieving in me and embracing diversity!”

It was a long way from Coventry and Finham Park School, where Neelam grew up listening to Tupac and feeling awkward for being so skinny and tall (she’s a whisker under 5’10”). She was scouted as a 14 year-old but carried on studying. “The day after my exams for my A-levels [four A*s], I got a call from Models1 saying Burberry had requested me,” Neelam recalled. From then it was a headlong tilt into a completely different world – an unsettling and even superficial one: she was encouraged to say that instead of post-industrial Coventry, she came from leafy Leamington Spa.

After Burberry, Neelam became the face of Abercrombie & Fitch, then L’Oréal came calling. To begin with, the publicity around Neelam was inevitably about how she is the first Indian (Sikh) model to do this or that, while increas­ingly her influence is about being a young English fashion model for whom ethnicity is not irrelevant but secondary.

“Growing up, beauty was very Eurocentric,” she said last year. “I thought you had to have blue eyes, fair skin, and a thin nose. I used to think if I was fairer, I would be prettier. It’s not like that any more. There’s no one vision of what is beautiful. It’s so much more diverse, as it should be.”

Neelam still receives the internet-age equiv­alent of hate mail: “It disgusts me that today’s society is always about breaking someone down,” she says. Some of the abuse is about her looks and is almost always connected to her complexion. “I turned my Instagram noti­fications off for a while because I was getting loads of racist comments,” Neelam admitted, but she believes the venom springs from peo­ple’s insecurity rather than ideology.

Travelling all over the world now, but at home in Notting Hill in London (“I still think Londoners have the best street style”), she lives near fellow GG2 Power List person Naughty Boy: “He’s the most fun and crazy person I know. I always go to his studio because it’s right by my house. He works so hard, he literally lives in his studio.”

Neelam has been singled out not only as a new supermodel but also as a UK ambas­sador – she works with the Prince’s Trust and has recently been involved with the Queen’s Young Leader Award.

She is a no-nonsense femi­nist (“Men always tell me that I’m being paid more than them for the same job. I reply, ‘Good’. What’s the problem with that?”) and she is a role-model for being tough in a tough world. “I can take it,” says Neelam. “I’ve got a thick skin and I’m in an industry where I’m judged on my looks every single day.”

The cover of Vogue UK, one suspects, cannot be too far off.