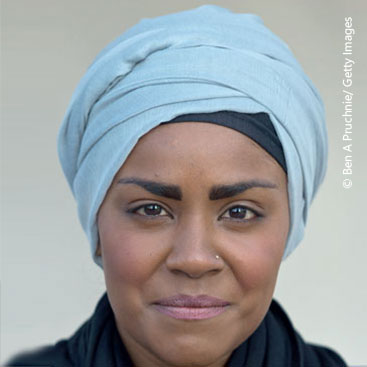 A STAY-AT-HOME mom who loved to bake, Nadiya Hussain did not harbour dreams of winning the sixth season of the Great British Bake Off when she entered the competition af­ter much persuasion from her husband, Abdal.

Each week, she thought she would be the one to be sent home, and although there were some near misses, she surprised herself by baking her way to stardom in 2015. It was a surreal moment for Nadiya when it was announced she had won. All she remem­bers is handing the trophy back to host Paul Hollywood and saying, “Are you sure you haven’t made a mistake?” But winning the show gave her the confidence to break bound­aries and explore her talents further.

The 33-year-old was born on Christmas Day to a British-Bangladeshi family in Luton. She is one of six children and she got her cooking talents from her father, a chef who owned an Indian restaurant.

Nadiya developed an interest in cooking during the time she was in school. She taught herself the techniques of cooking by watching instructional videos on YouTube and through recipe books, and honed her skills as a baker after being encouraged by a school home eco­nomics teacher.

But becoming a chef was not part of her plan. In college, she studied religious studies, English language and psychology with the hope of becoming a social worker. Although she made it into university, she never got an opportunity to attend.