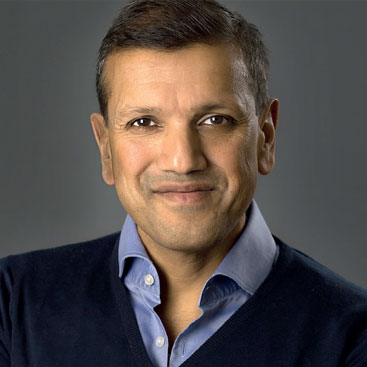 ‘A SOUTH Asia that’s better for all’ is the aim the British Asian Trust (BAT), one of the chari­ties supported by the Prince of Wales, and its chairman Manoj Badale believes this can be achieved by looking at charitable giving in a structured manner.

Badale says BAT’s success is due to its in-depth knowledge of the issues faced by those in south Asia. It also actively seeks out organi­sations that empower those most in need, espe­cially in health and education sectors, and what Badale brings to BAT is his business acumen.

Throughout the year, BAT organises a host of events to raise funds to meet the needs of tens of thousands of people in south Asia, and it also unlocks funds for other organisations.

“But what brings meaning to our work are the individual stories. We actually change the lives of hundreds of thousands of young people, women across south Asia on a monthly and quarterly basis,” said Badale.

He was the chairman of Operation Smile UK for more than 10 years and a founding trustee of Technology Trust, a social enterprise that helps other charities and not-for-profit organi­sations increase their impact through more ef­fective use of information technology.

The India-born businessman is also the chairman of Rajasthan Royals, a team in the In­dian Premier League (IPL) tournament.

Badale started his business enterprise with the launch in 1998 of Netdecision Group, an in­ternet service provider behind some of the leading dot.com success stories such as thefirstresort. com, madaboutwine.com and woowho.com. Netdecisions was later renamed Agilisys, and it now employs more than 1300 people.

The Emmanuel College economics graduate is also the co-founder of more than 15 busi­nesses, mainly technology-related, that he runs through Blenheim Chalcot, a management company that he co-founded with his business partner Charles Mindenhall. It specialises in building digital businesses that transform in­dustries and it has portfolio sales of over £300 million and more than 3,000 employees.