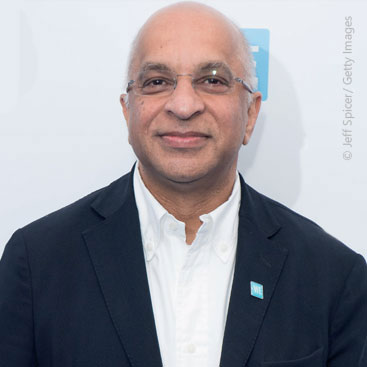 SIMPLY put, there are not too many multi-millionaires out there like Lord Rumi Verjee.

Spend any amount oftime with him (as the GG2 Power List has done in previous years) and the topic of inequality will come up.

He is a politically engaged peer, but unlike some with a similar reservoir of resources, he is very much in the centre ground and has been an active Liberal Democrat for some time.

He entered the House of Lords in 2013 as a Lib Dem peer and was enobled as Lord Verjee of Portobello. In 2009, he was awarded a CBE for his services to philanthropy, and though he still has considerable retail (Thomas Goode) and property interests, and an estimated wealth of more than £300 million, these pecu­niary interests are no longer what drives him.

Mark Carney, the governor of the Bank of England, was recently the guest of honour at the launch of the Blueprint for Better Business. Described as a movement, it seeks to “inspire companies to trade in a way that respects people and delivers for society as a whole”.

It’s important for Lord Verjee and those involved in the movement to as­sert a more holistic ap­proach to business, one that is close perhaps in ethos to his Ismaili Mus­lim and cultural roots.

At the launch, Lord Verjee borrowed the words of Dr Martin Luther King, the US civil rights leader. King, he pointed out, had noticed that business and capital, even in the 1960s, sometimes worked in isolation in the service of profit and material advance­ment. There was a “poverty of spirit” and a “spiritual lag” if that was all business leaders cared about – and it was where Blueprint for Better Business could intervene.

For those who support its ideals, business is not just about profit