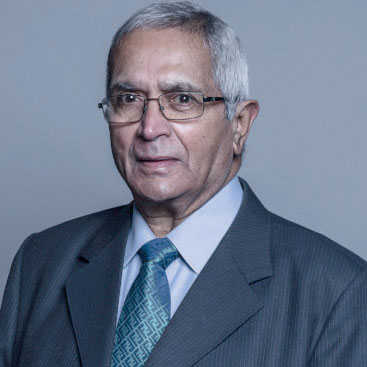 Alongside his current role as joint deputy leader of the party in the House of Lords, this new role will see Lord Dholakia focusing on the promotion of stronger links between the Lib Dems and Asian communities in Britain.

Dholakia, who was made a peer in 1997, was commended by party leader Vince Cable when he appointed him to the newly created post last year stating, “We have, in Navnit Dholakia, someone who enjoys enormous respect among all Asian communities here in Britain.”

He continued “I believe he is ideally placed to nurture and promote fruitful relations at every level with countries with which we share many common values and with whom we can build strong ties to our mutual benefit.”

Despite going on record to affirm his pride and honour in taking on the role, Dholakia, who like the rest of his party, is a firm believer that the UK would be better off remaining in the European Union, does not subscribe to the view put forward by some Brexiteers that leaving the EU will instantly open up fresh opportuni­ties for free trade with the rest of the world.

He told the GG2 Power List: “We have every opportunity to negotiate bilateral trade deals with the rest of the world, but we must remember that almost all countries have direct trade relationships with the EU. They are unlikely to jeopardise these with the 26 remaining nations.

“The days of the Empire have long gone. No one owes us a living. We are a manufactur­ing nation for which we depend on raw products from elsewhere. We are also a nation of small