Irrepressible Lord Patel is an agent for change 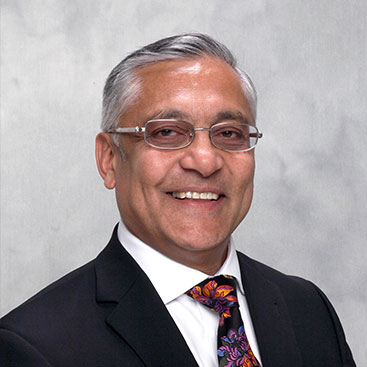 FEW men ever achieve in one lifetime what Lord Kamlesh Patel has so far – and he is by no means finished. In fact, the government handed him a new role and created a new body with which to implement it.

This simply adds another chapter to the list of roles he has had as a paramedic, special constable, anti-drugs campaigner, public health educator, cricket coach and champion (as in promoting the game), lord of the realm, professor and prison reform advocate.

He is still only 58 and remains active – not for him the quiet life on the benches in the House of Lords. Ennobled in 2006 as a Labour peer, he was awarded an OBE in 1999 for his public service. He told the GG2 Power List last year that he wasn’t particularly partisan and had worked with governments of both right and left.

In March, he was handed a new role by the Conservative government. Education secretary Damien Hinds announced on World Social Work Day (March 20) that Lord Patel would take charge of a new body that had been creat­ed to regulate social work.

Known as Social Work England, it will set professional, education and training standards of all social workers up and down the country, and will be jointly overseen by the Department of Education and the Department of Health and Social Care. Hinds said the government recognised the good work social workers did and Patel’s background in the field would serve the new body well.

“As chair of Social Work England, the new dedicated regulator, Lord Patel of Bradford, will bring his experience as a former social worker to make sure the workforce’s views are put at the heart of its development,” a govern­ment statement said.

Lord Patel said he was delighted to take up the post. “I am honoured and excited to have been appointed the chair of Social Work England. As a former social worker I am passionate about our profession and truly believe that social work­ers do and can help to transform lives for the better.

“However, I know that our profession currently faces unique pressures and challenges.”

He added that he wanted to drive up standards, but also wished to “work collaborative­ly with the profession to en­sure that all standards are evidence-based, rooted in real experience and values and are fit for the 21st century”.

Lord Patel said it was an unusual role be­cause in the past, social workers had never been overseen by a single body. They did good work in difficult and often unseen circum­stances but when things went wrong, it ended up all over the press.

He has written about social work as an aca­demic too and held a post at the University of East London. That came after his time as head of the Bridge Project, a pio­neering anti-drugs initiative.

Lord Patel takes over re­sponsibility from the current regulator, the Health and Care Professions Council (HCPC). The body, which will be based in Sheffield, will have around 120 staff and will be responsible for the regulation of some 95,000 social workers, will not be up and run­ning fully until spring 2019.

Last year, he was responsible for a major re­port into south Asian involvement in cricket.

In 2015, he was the first non-white person to be appointed onto the board of the England and Wales Cricket Board (ECB) and found that despite the strength of the game within com­munities, the ECB neither recognised it or knew how to consolidate or even grow it.

Now implementing the ECB’s South Asian Action Plan, there is an 11-point proposal with clearly stated deadlines. Interviewed on a UK sports channel, he said that ECB’s work in the past had been aimed at different and smaller groups and no one had seen the bigger picture or connected the dots. While a third of the game at grassroots level is played by Asians, there are only a few professionals – in fact just four per cent.

People assume that because the England team featured players like Moeen Ali and Adil Rashid over the summer that nothing needs to be done, but the report showed the gaps and inconsistencies.

It also suggested to Lord Patel that unless this interest was developed and encouraged, it could have severe financial consequences for the game in England. Imagine 30 per cent of your revenue base declining gradually over the years. The ECB now has a bursary scheme de­signed to support cricketers from non-tradi­tional communities get further into the profes­sional game.

Lord Patel joined Matt Han­cock, secretary of state for dig­ital, culture media and sport (before his move to health in July) on a trip to India in May to extol the components of the plan internationally. With the World Cup be­ing hosted in England in 2019, the ECB and Britain are keen to encourage cricket lovers to visit. The ECB was also keen to extend its ties with the Indian government that is looking at sport as a way of building confidence in India and promoting a better image of fitness and athleticism internationally.

Lord Patel came from very humble circum­stances, growing up in Bradford with his two sisters and two brothers all sharing a bedroom. His father, who made the journey from Kenya, worked cleaning buses and had a side-line ca­tering business that kept the family going, Lord Patel told the GG2 Power List last year.

He learned his cricket on the backstreets and it was only a PE teacher who saw his en­thusiasm and dedication to the game and took him to a local club. He became a qualified coach but saw very few Asians come through – at the time the county had a strict born-in- Yorkshire rule and so many were ineligible, re­gardless of ability.

He had a number of jobs between the age of 15 when he left school – he couldn’t go to uni­versity – and over 10 years worked as a bar­man, insurance salesman, special constable, ambulance driver and finally got involved in social work after volunteering. He settled into a role with Bradford Council after getting pro­fessional qualifications and a degree.

Lord Patel had found his vocation and became an authority on drug prevention and reha­bilitation. That was one of the reasons he headed up the Bridge Project and then graduated to academia, partly through his expertise and love of passing on knowledge and insight. He is on the board of some 30 organisations and is something of a specialist when it comes to strategy and implementation.