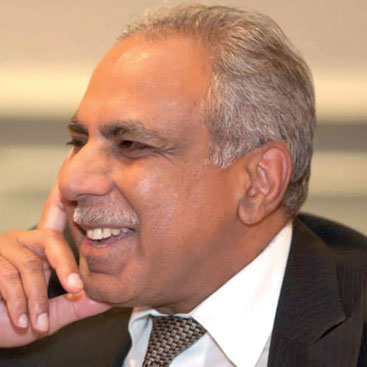 LIAKAT HASHAM is a modest and retiring man, and if you have never heard of him, it would not be surprising.

His family arrived in the UK in 1972 from Uganda when Liakat was 18 after being made homeless and stateless by the country’s presi­dent Idi Amin, who expelled all the Asians that comprised much of Uganda’s mercantile and professional classes.

Amin’s loss was Britain’s gain, and today Hasham is a successful businessman, the own­er and managing partner of CHD (Care Homes of Distinction) Living, which includes a net­work of 12 residential homes for the elderly across south London, Surrey and Middlesex.

The business has been built up over the past 30-plus years into a highly regarded operation which, in addition to long-term residential ac­commodation, offers specialised facilities for care across the areas of neuro-rehabilitation (following brain injuries), respite, post-opera­tive recuperation, young adult mental health, assisted living and dementia, featuring a holis­tic philosophy of care that is clearly thoughtful and reflective.

Hasham’s inclusion in the GG2 Power List is due not only to the humanising effects of his busi­nesses, but also to the fact that he is president of the Ismaili Council for the United Kingdom and an ex-officio member of the Aga Khan Foundation National Committee.

The Ismailis are a branch of Shia Islam and their spiritual leader, Prince Shah Karim Al Husseini, the Aga Khan, is a 49th-generation descendant of the Prophet Muhammad’s daughter, Fatima.

Much of Hasham’s time is taken up with acting on behalf of the Ismaili community, of­ten through the Ismaili Centre in south Kens­ington, opened by the Aga Khan in 1985. It is a social, cultural and religious venue and one of six around the world in cities such as Lisbon, Dubai and Toronto.

Hasham is also responsible for spreading awareness through the Aga