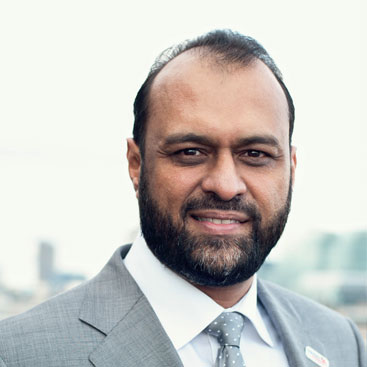 INCREDIBLE things happen when you believe in children. Barnardo’s chief executive Javed Khan is a passionate advocate of this philoso­phy, as his life is the perfect example of how faith in children can work wonders.

Khan is the son of Kashmiri immigrants who could neither read nor write. Through his 12 years of schooling, his parents, who came to Britain in the 1950s, never attended PTA meet­ings because they couldn’t understand English.

But they knew the importance of education and they worked hard to provide Khan the best they could afford. And he credits his suc­cess to the hard work and love of his parents.

“They worked round the clock to enable us to get an education, provided love in every possible way and stressed that getting an edu­cation was a must,” Khan said.

After getting his degree from the University of Salford in the 1980s, High-Wycombe born Khan worked as a maths teacher for 15 years. He then took up the post of assistant director of education in Birmingham City Council, be­fore joining London’s Harrow Council as di­rector of education.

During his tenure, the borough saw a 40 per cent reduction in school exclusions and the lowest level of young people not in education, employment or training in England.

In 2010, Khan became the chief executive of national charity Victim Support, where he was responsible for 1,500 staff and more than 5,600 specially trained volunteers.

Three years later, he was appointed CEO of Barnardo’s, the UK’s largest children’s charity that provides support for children who have been sexually exploited, young people leaving the care system, children with a parent in pris­on and those who fall prey to sex predators.

As a British Pakistani, he is the first non-white CEO in the charity’s 150-year history, and a leading figure in the UK public and vol­untary sectors who regularly advises govern­ment ministers on policy matters.

Khan also regularly pens columns for publi­cations where he extols the need to place our trust in children, and create a better world for them. “If we get it right for children, then we can change the world,” he believes.