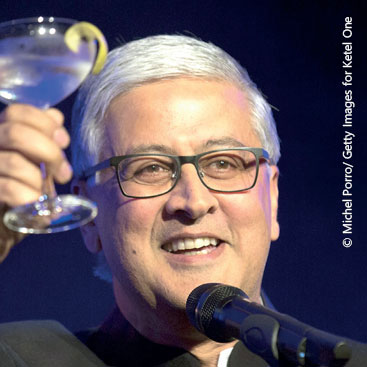 IVAN MENEZES was born in Pune in 1959, the son of the Indian Railway Board chairman. A graduate of elite St Stephen’s College, Delhi, and then the Indian Institute of Management Ahmedabad (IIMA), Menezes rounded off his education at Northwestern University’s Kel­logg School of Management in the US.

He joined Diageo, the world’s largest spirits company, in 1997, and held various senior posi­tions across its world operations before being appointed chief executive in July 2013, having been an executive director since July 2012.

Four years later, Menezes announced that his priority for 2017 would be to crack the Indian market. Judging from the latest re­sults, he made a good bet despite facing “the perfect storm” of demonetisation, a (sensi­ble) goods and service tax and a (highly sen­sible) ban on selling liquor next to highways.

“We’ve got to significantly improve the ease of doing business in India,” he said at the time. India obligingly responded by leaping 30 places up the global EOB rankings for 2018.

Diageo now controls 40 per cent of the market after managing to turn around United Spirits (USL), which it acquired in 2013, and is axing underperforming brands while boosting others such as McDowell’s No1 and Johnnie Walker – increasing its share in prestige brands by seven per cent in the country.

“India is nearly a 10th of our sales,” Menez­es explained. “Category growth is strong and USL is now in good shape to grow share.” In­dia is drinking more, and 10 million people reach the legal drinking age every year.

Elsewhere, Scotch took a hit in China fol­lowing a crackdown on corruption that curbed the entertainment budgets of party officials. Whisky sales also dipped in Africa and Spain, but on the whole everything apart from vod­ka – suffering at the hands of the gin revolu­tion