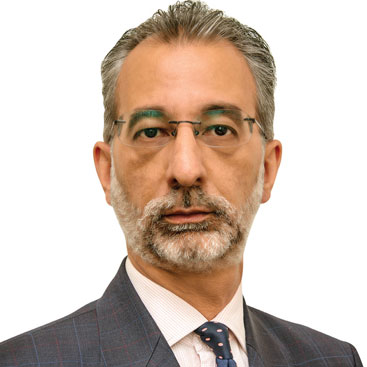 CRIMINAL defence and public law expert Imran Khan has spent most of his life and cer­tainly the entirety of his legal career, asking important questions.

The solicitor and founding partner of London-based specialist human rights law firm Imran Khan and Partners, was instructed, from the very outset of his legal training, to always question the way the law works.

Appointed a Queens Counsel in 2018, one of the first criminal solicitors to make the grade for a number of years, east London-born Khan will be remembered as the solicitor who repre­sented the family of murdered black teenager Stephen Lawrence during the private prosecu­tion of Lawrence’s killers, and the ensuing battle for justice which lasted close to two decades.

Lawrence was murdered in Eltham, south-east London, in 1993 in an unprovoked, racially-motivated attack by a gang of white youths. The landmark case not only brought about a change in the so-called double jeopardy rule – preventing those accused from being tried for the same crime twice – but the 1998 Macpherson report into the investigation also exposed systemic levels of racism in the Metropolitan police.

Khan has also represented families in a num­ber of other harrowing and high-profile cases, including the tragic death of eight-year-old Victoria Climbié at the hands of her aunt and her partner in 2000 and the killing in custody of 19-year-old Zahid Mubarak in the same year by his cellmate, a known racist, while in cus­tody at Feltham Young Offenders Institute.

Much of Khan’s case work is focused around holding power to account and protecting the vulnerable. This is equally true of Khan’s involve­ment in the Grenfell inquiry, where he is representing 25 bereaved relatives and survivors of last year’s tower blaze in west London. In his opening remarks to the inquiry, Khan declared: “What occurred at