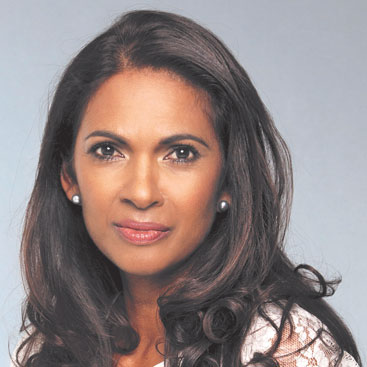 IT HAS been suggested that one of the funda­mental flaws of the 2016 EU referendum was that the ballot paper asked for a binary yes or no answer to what, on the face of it, seemed like a simple question, but would always entail a vastly complex process if the decision was made to leave.

In that politically dizzying summer of 2016, enter stage left – Gina Miller, a seasoned trans­parency campaigner and London-based financial services business owner who, alongside a number of other applicants, mounted a legal chal­lenge to the prime minister’s authority to invoke Article 50 without the assent of parliament.

As the lead claimant, Miller and the People’s Challenge Group were successful, first in the high court in November 2016 and later, in the supreme court in January 2017, following the government decision to appeal.

But the case was never about stopping Brexit, as Miller has explained many times be­fore and reiterates to the GG2 Power List.

“My case was not about the will of the people or Brexit. It was about preserving parliamentary sovereignty; ironically the very thing Leavers feel so passionately about. We even went to the lengths of avoiding talk­ing about Brexit, by both sides agreeing that we would not discuss the revocability of Article 50,” she says.

“The case was to ensure that no government can by­pass parliament when people’s rights could be affected. What the prime minister was trying to do was to put herself above the law, and is­sue the equivalent of an executive order. That is illegal in our constitution and thus I won. It has been billed as the most important constitu­tional case for 200 years.”

The quasi-executive order Miller is refer­ring to was, in fact, the so-called royal prerog­ative, a centuries-old tool which could be used to silence parliament.

The court case was to thrust Miller into the public gaze and the political spotlight, though she was no stranger to the world of campaign­ing. She had launched a transparency initiative, the True and Fair Campaign in 2012, calling for a code of ethics and an end to dubious practices within the UK investment and pen­sion industry.

Making appearances on leading political de­bate shows such as Question Time and The An­drew Marr Show was however, a fresh chal­lenge for the woman previously nicknamed the “black widow spider” by hostile actors in the City, wary of the implications of her drive to reform financial services.

“Stepping onto a political platform/arena was different and quite daunting at first; especially being up against full-time politicians with a support team and researchers, and experi­enced political commentators,” Miller admits.

“My approach has been, as with everything I do, to speak from the heart with honesty, give straight answers and be reasonable. It can, however, still be nerve-wracking, as I’ve not been media trained for this, nor do I have a team around me.”

Born Gina Nadira Singh in British Guyana in 1965, Miller was sent to England by her par­ents at the age of 10 to be educated at Moira House Girls School. She later gained a degree in marketing, and an MSc in human resource management at the University of London.

She set up her own marketing company in the 1990s and married her husband, Alan Miller, in 2005. The couple co-founded ethical investment firm SCM Direct, in 2009.

There is undoubtedly a dark and disturbing side to Miller’s story and she recounts her battles against injustice, and standing up to threats and bullying in her new book Rise: Life Lessons in Speaking Out, Stand­ing Tall & Leading the Way, which was re­leased in August 2018.

In the wake of the Article 50 court case, she has received death threats and was warned that she would have acid thrown in her face.

In May 2017, Rhodri Philipps, fourth Vis­count St Davids, was convicted of malicious communications when he described Miller as a “boat jumper”, adding, “If this is what we should expect from immigrants, send them back to their stinking jungles.” Philips had fur­ther posted on Facebook: “£5,000 for the first person to ‘accidentally’ run over this bloody troublesome first generation immigrant.”

Miller recounts, “Over the summer of 2016, when I was being attacked by certain sectors of the right-wing press who were sending re­porters to ransack my life looking for skeletons, I did consider not progressing. But at that stage, I knew that if I pulled out, the govern­ment might well get away with using the royal prerogative power, bypass parliament, and set a democratically dangerous precedent.

“During the high court hearing in October 2016, it was too late to pull out, but the death threats to my children and myself, the racist and sexist abuse did shake me to my core, but then something changed. The deluge of hate made my resolve even stronger – I simply felt I could not let these bullies and haters win or diminish the country.

“As one right-wing paper put it, it was easy for me to be ‘the most hated woman in Britain’ – as a woman, ethnic and well off (as if I got my money from a money tree rather than through sheer hard work).”

An attendee at the People’s Vote march in June 2018, pressing for the electorate to get a final vote on the negotiated package the gov­ernment brings back from Brussels, Miller like many others, has grave concerns over the cur­rent pace of the negotiations.

“The timeline is really 10 weeks from when parliament returns in September, so it is very likely parliament will run out of time. I there­fore think more positive outcomes would be requesting an extension to Article 50, or taking a deal offered by the EU – likely to be based on the Canada Trade deal, which is significantly inferior to the special deal we have at present.

“Or, politicians giving the British people their democratic right of validating the options – Mrs May’s deal, no deal, or keeping the spe­cial deal we already have. A clean vote on the real options that brings a conclusion to Brexit, so that our zombie parliament can get back to dealing with the domestic causes of Brexit, as well as healing the divides that is destroying our country.”