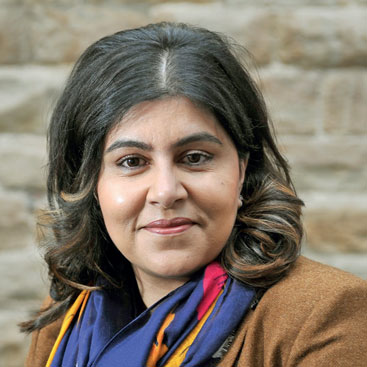 IT HAS been a busy year for Baroness Sayeeda Warsi – more so this summer as Boris John­son’s disparaging comments on niqabs (full-face veils) appeared to open a new fissure within Tory ranks.

Warsi, once Conservative party co-chairman and a cabinet minister, was unequivocal in her condemnation of the former foreign secretary. She accused Johnson of engaging in “dog-whistle politics” and argued that it made “hate crime more likely”.

In an article for a national newspaper on August 8, just two days after Johnson’s column was published, she said he and a few other members of her own party tended to use Mus­lim women as convenient “political fodder”.

In the same article, she accused former prime minister David Cameron of making a hash of introducing more English lessons for migrants by dubbing it as “English classes for Muslim women to stop terrorism”.

Warsi has long been a critic of her own party when it comes to Islamophobia, claiming parts of it are susceptible to it and see Muslims as the “enemy within”. She has called for the party to formally investigate Islamophobia within its own ranks and has likened the issue to the one facing Labour and its issues of anti-Semitism.

She is a proud Muslim and feels parts of the British establishment, crudely, still “have it in for Muslims”. Johnson’s column, and support for it in some parts of the party, and the lack of any apology, she argued, prove her point.

In an extensive Sunday newspaper inter­view last year, she spoke of feeling both “us” (as being 100 per cent British) and “them” (as being Muslim and therefore, “other”).

Her most recent book, titled Not The Enemy Within: A Tale of Muslim Britain, published in March last year, defended her faith against ac­cusations that it was anti-western and