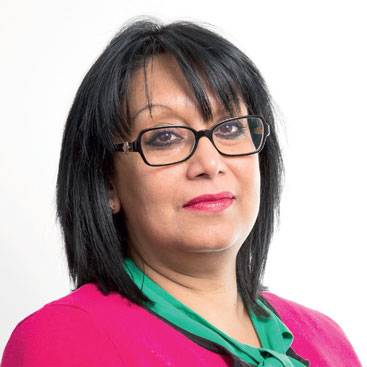 JUST about anyone can become a politician these days, but those who stand out possess two qualities that Sandip Verma holds dear – effective networking skills and self belief.

These character traits, Verma believes, has significantly helped her become a force to reckon with in the British political arena.

Born in Punjab in 1959, Verma and her par­ents moved to London shortly after she turned one. She grew up in Leicester at a time when there weren’t many in the city who looked like her, and this made life difficult.

“It was tough on two fronts – first, because the city itself was quite a racist place, but sec­ond, we had parents who still wanted to try and retain a part of India in the UK. Finding that balance for a kid growing up in the 60s was quite tough for a child of Indian origin,” Verma said.

The 70s also taught her an important lesson – that people of colour did not have access to same opportunities available to others. And that began to shape her thinking about being a voice for the community.

Right from a young age, Verma knew she was meant for public life. She was only 11 when she penned an essay describing her de­sire to become the prime minister of India.

But it wasn’t until she was in her 40s that Verma entered politics. And being an Asian trying to create a mark in British politics, Ver­ma faced a number of hurdles. “I don’t think it’s easily understood by the Asian community how difficult it is to actually get into front-line politics. You still face a lot of barriers,” she said.