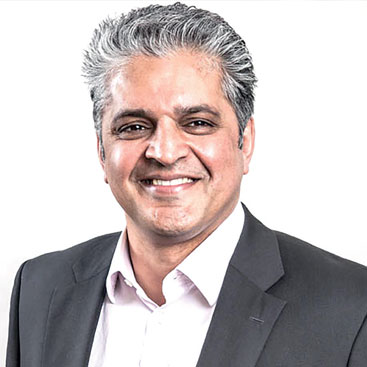 THE BBC is now representative of the UK’s multicultural make-up in front of the camera, although some used to joke that elsewhere in the corporation, ethnic minorities were mostly working as cleaners and canteen workers.

So it is heartening that one of the most vital positions on the business side is held by Bal Samra – a Sikh who comes from a minority background and a working-class family, contradicting the alleged middle-class hegemony of the BBC. And as a past diversity champion for TV at the BBC, measures that Samra put in place then are now bearing fruit.

“I grew up in the East End,” he reminisces. “My parents were first-generation immigrants, couldn’t speak a word of English.” He was destined for great things, and after Unilever and GEC, he pitched up at the BBC knowing nothing about the media. “As many Asians do, I had a DNA in commercial thinking,” he jokes.

As one of the corporation’s most senior executives for eight years now, on a salary over £300,000, which is at least twice that of the prime minister, Samra is responsible for more than 1,000 people and a budget of over £1 billion. He is the BBC’s ‘Mr Contracts’.

The GG2 Power List wonders whether his job has changed much over the past year. “Yes,” he says. “It has shifted to a group-wide role. I was managing director for television; now I’m the BBC group commercial director for TV, radio, online, the whole lot.”

It sounds like he has even more to do. “I’m focused on the direction of overall strategy in the context of the marketplace and also managing at a group level all of our relationships with the industry that relate to content – so production, talent, musicians, directors, equity. “I’m responsible for maximizing intellectual property,