Ashok Vaswani is at the forefront of Barclays’s digital revolution 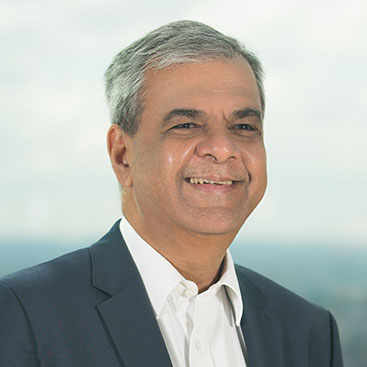 BANKERS are generally not popular and Ashok Vaswani, chief executive officer of Bar­clays, is well aware of this.

He is the first Indian-born executive to head a UK high street retail bank, no mean feat in these turbulent times.

You could argue that his six years in charge has been devoted to quietly working at im­proving the image of bankers and in particular, those of his employers, Barclays Bank.

But to those who know Vaswani, it isn’t about changing perceptions or making bankers seem a little more human. It is about improving the lives of Barclays’s 24 million customers – and this is what drives him.

While many commentators still wonder whether the bank acted appropriately during the financial crash of 2008, at least on the high street, and in the minds of many of its cus­tomers, Barclays isn’t taking them for granted.

Earlier this year, it became the first in the UK to complete the separation of its investment banking arm from its retail division. Vaswani called it, “a seminal year for retail banking”.

Other high street banks have until the end of the year to follow suit. These changes were brought in to make UK banks less susceptible to a crisis like in 2008, when several financial institutions wobbled and two went under.

“This was a massive technological change involving the creation of over 470 new sort codes and the migration of over 60,000 cus­tomers – all with minimal customer disruption and impact,” said Vaswani through a Barclays Bank spokesperson.

“It also saw the creation of a highly experi­enced, diversified board of which Ashok is now a part of, and a new banking license to al­low Barclays UK to operate as a separate legal entity,” the spokesperson added.

Vaswani has been at the centre of other changes in