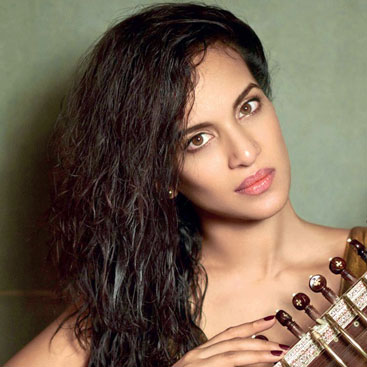 MUSICIAN, composer, a mother of two, a hu­man rights campaigner and an occasional cat­walk model, Anoushka Shankar is a role model for not only women, but also anyone aspiring to be an informed, confident, articulate person in today’s demanding world.

Where previously she would have been de­scribed primarily as the daughter of the leg­endary late Pandit Ravi Shankar, Anoushka has become an activist and an accomplished artist in her own right.

In the past 12 months she has gone on tour, scored music for Shiraz, a restored 1920s black and white film, spoken up for refugees, cam­paigned against misogyny and prejudice, and sadly, also seen the end of her eight-year mar­riage to the filmmaker Joe Wright.

But she ended the year “full of gratitude”. In an Instagram post, she told her 55,000 followers: “There’s been a lot of pain, and yet I still have the greatest gifts I could have asked for – my two beautiful sons; the chance to express myself creatively and connect to other souls through music; and relationships that carry me through the hardest times and are genuinely worth living and dying for.”

Anoushka plays the sitar, which she began to learn from a young age under her father. “Being taught by him gave us, I think, an al­most unique relationship,” she said in an inter­view a few years ago. “It gave us a deep con­nection because we suddenly had this whole undercurrent of communication that you can only really get when you play music together.”

Aged 17, when most teenagers are grappling with school work and pondering what their adulthood will hold, Anoushka released her first solo album. Three years later she received her first Grammy nomination, the first of six.

Growing up in a family dedicated to the arts, Anouskha has said she saw